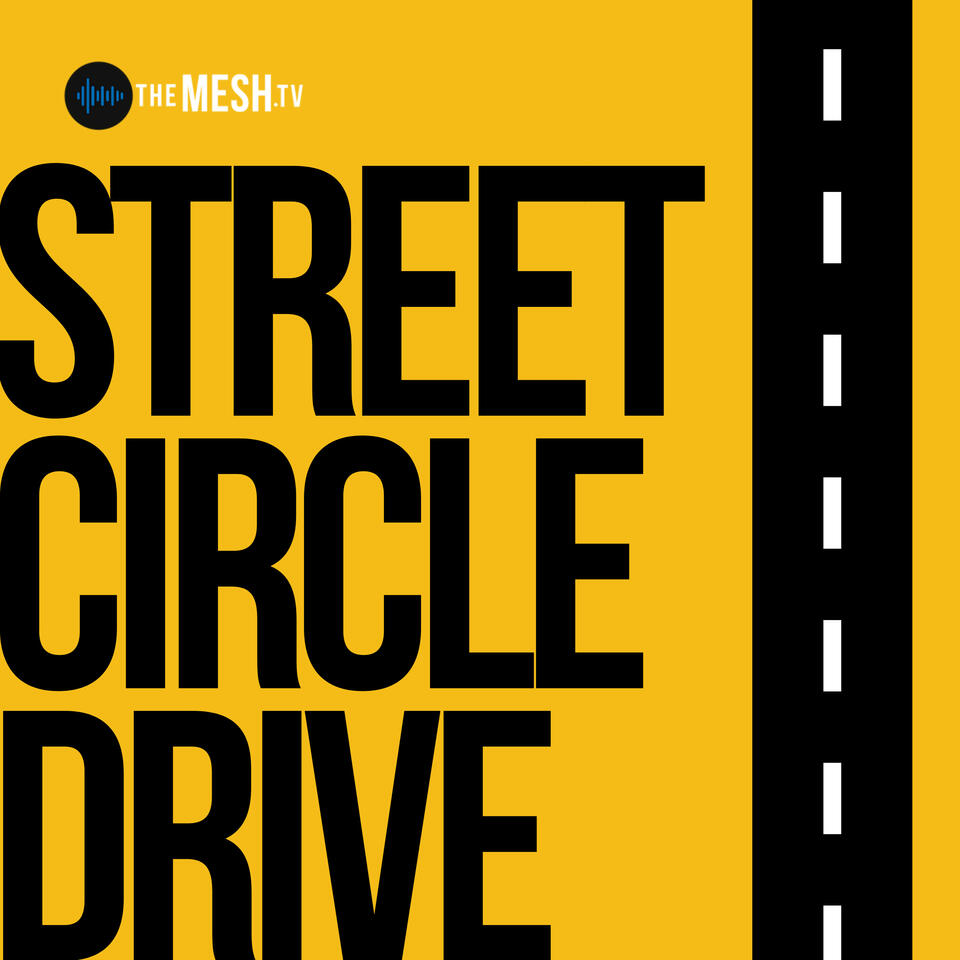 What the locals know… or need to know. Current topics and classic spots – the SCD crew will break it down each episode. Each episode the revolving group of hosts will address local topics, upcoming events, review Hickory staples, and throw some personal opinions in there as well. We’re big fans of Hickory, NC, and think you should be too. Andrew Moose: A transplant from Statesville, NC, and Lenoir-Rhyne graduate, Moose is the “Unofficial King of Hickory” (at least that what’s inscribed on his Olde Hickory Tap Room mug). Podcaster/producer by day, venue owner/musician by night, rabid fan of the Grateful Dead, Widespread Panic, Phish, Liverpool FC, Carolina Panthers, and LRU Football. Moose is a proponent of all things Hickory and is triggered by online lists. Moose lives in the Hillcrest community of NW Hickory with his wife Ashley and their two dogs. Michael McNally: A Raleigh native and a graduate of East Carolina University, McNally began his love affair with the City of Hickory back in 2006 when he moved here to work for the Chamber of Catawba County. He lives in Hickory with his wife Christina and their three daughters. If he isn’t busy with extracurricular activities for the kids then you can usually find him enjoying the local restaurant scene or taking in a hike with the family. Michael enjoys traveling, fishing, and rooting for teams at all levels of sport that continue to let him down. Erica Boustead: Hickory born and raised, App State grad that moved away five times and came back six… we’d say Hickory is definitely home for her! After 15 years of corporate life in healthcare recruitment, client development, and digital advertising, she met her husband, Sean. Together, they started FOURK restaurant from scratch (literally), which opened in 2015. These days, you can find Erica working at SERVPRO in business development or helping out at FOURK. She loves people, family, sunshine, travel, food, wine, live music, sports, jogging, and taking care of (as well as talking to) their fur-kids. Clise Plant: Clise was born in Knoxville, TN and graduated from Middle Tennessee State University (but she’s a Vol fan for life) Clise met her husband, Kevin in college and moved to his hometown, Hickory. Clise and Kevin are the proud parents of three boys Mason, Sean, and Adrian as well as their fur babies, Coco Chanel and Gianni “GiGi.” Clise was featured in Our State Magazine representing all that Hickory has to offer. She currently serves on various boards including the City of Hickory Bond Commission, Hickory Museum of Art, City of Hickory’s Community Advisory Council, and a member of the Service League of Hickory. Clise describes herself as a foodie, a lover of wine, a traveler, a beachgoer, & a Netflix watcher. Richard Dowdy: Maryland born. Carolina raised. Father of three amazing boys and husband to an awesome & beautiful wife! Hickory resident for over 10 years. Online marketing consultant, tech-enthusiast, and unashamed Cowboys fan. Son, brother, and uncle to a great family! Joining the StreetCircleDrive team and proud to call Hickory home. Mark Seaman: A transplant from Knoxville, TN, has been in Hickory for over 14 years. Currently the Parks, Recreation & Sports Tourism Director for the City of Hickory and previously the GM of the Hickory Crawdads. Mark lives in NW Hickory with his wife of 20 years, Jennifer, and their four-legged kids, 130 pound Great Pyrenes, Neyland, and cat, Mr. Crack. He is a graduate of the University of Tennessee. Go Vols! Mark & Jennifer are fans of the Washington Football Team, the Detroit Tigers, Tennessee Athletics, and their adopted hometown sports teams, LRU and CVCC. Mark loves a great quote.

ARCH UPDATE FROM CITY OF HICKORY via HICKORY DAILY RECORD

Welp... The Hickory Arches are unfortunately no more. Join Moose, McNally, and Erica on this episode as they unpack the last few days, the range of emotions, buck stopping, and more. Also included in this episode, the hosts try to unravel the mystery and answer the question... why are there are no ride-share drivers in Hickory?

RIP Hickory Arches we hardly ever knew you

The podcast for people who love Hickory, NC... StreetCircleDrive is back with new hosts (and old ones too)! Moose, Richard, and Mark are your hosts for this episode of SCD! This Part 2 of 2 will introduce you to our hosts, give some insight on what's happening in Hickory, NC, and provide more than a couple of laughs.

The podcast for people who love Hickory, NC... StreetCircleDrive has relaunched with new hosts (and old ones too)! Moose, McNally, Erica, and Clise are your hosts for this episode of SCD! This Part 1 of 2 will introduce you to 4 of our hosts, give some insight on what's happening in Hickory, NC, and provide more than a couple of laughs.

Rebecca Hart the Executive Director of Hart Square joins Host Andrew Moose to talk all things Hart Square and share a Cabin Fever beer from Olde Hickory Brewery in this episode of StreetCircleDrive.

Click here to buy tickets for Christmas in the Village 2020!

Host Andrew Moose welcomes Alan Jackson and Chris Frye to this episode of StreetCircleDrive. Friends, co-workers and co-podcast hosts discuss the 2020 Footcandle Film Festival and the state of film. Lights, camera, and action... it's a MESH crossover podcast!

Host Andrew Moose welcomes Director of the Hickory Soup Kitchen, Austin Pearce back to the podcast. Austin gives an update on the HOPE Project and how the Soup Kitchen has flourished during the pandemic with the help of the Hickory, NC community.

City of Hickory, NC Mayor Hank Guess joins host Andrew Moose in this episode. Hank and Moose talk about Hickory's COVID-19 response, the progress of the bond projects and what Hank would do if he had a magic wand. All this and more on an information filled episode of StreetCircleDrive.

Thank you to our sponsor, Time Genies!

June 9, 2020 • 24 min
Host Andrew Moose welcomes Hickory Police Chief Thurman Whisnant to this special episode of StreetCircleDrive. In the wake of the George Floyd death and demonstrations in Hickory and across the country, Chief Whisnant takes some time to address questions crowdsourced from the community. Hickory Police Department website Thank you to our sponsor Time Genies! See Privacy Policy at https://art19.com/privacy and California Privacy Not...
Mark as Played

April 29, 2020 • 21 min
In this episode of StreetCircleDrive, Moose welcomes Katye Fredieu of Artisan Soapery to the podcast. Podcasting remotely from home / soap store the two chat about how Katye went from selling soap to producing (checks notes) 8000 (!) gallons of hand sanitizer over the last 2 months. In the S.O.P. of SCD podcasting, Hickory food must be discussed. Moose and Katye talk favorite take out specials that are getting them through. Hang in...
Mark as Played

March 27, 2020 • 31 min
Host Andrew Moose welcomes Andy Rhoney, co-founder of The Birdsong Society. The Birdsong Society is a group that is actively bringing world-class bands to the Hickory, NC area. The guys talk about the vision of the group, concerts past, and events to come. Also included, a discussion on what they think are the best plates in Hickory.  The Birdsong Society Bandits on the Run - I'm With the Band Podcast Henry River (Andy Rhoney)...
Mark as Played

February 26, 2020 • 48 min
Moose and McNally welcome back Aaron Bessey to the StreetCircleDrive podcast. Aaron is the Director of the Bears Club and Associate Athletic Director at Lenoir-Rhyne University. The gang discusses LR Athletics, Kyle Duggar and what big plans are right around the corner. Also included, a review of the best BBQ joint on the planet, JD's Smokehouse.  See Privacy Policy at https://art19.com/privacy and California Privacy Notice at...
Mark as Played

January 29, 2020 • 41 min
Hosts Moose and McNally welcome Mark Seaman, Recreation and Sports Tourism Director of the City of Hickory. The gang discusses the great amenities and programs Hickory has to offer. Mark is convinced that Moose and McNally should pick up Pickleball. Also included, a review of Rancho Viejo. One of Hickory's fine Mexican food establishments.   See Privacy Policy at https://art19.com/privacy and California Privacy Notice at https...
Mark as Played

January 16, 2020 • 37 min
Moose and McNally welcome Hickory Councilwoman Jill Patton to the first StreetCircleDrive episode of 2020. The gang talk City of Hickory 150 Year celebrations, bond project updates, and to round the episode out, a review of the new 13 Twenty Pub.  See Privacy Policy at https://art19.com/privacy and California Privacy Notice at https://art19.com/privacy#do-not-sell-my-info.
Mark as Played

December 12, 2019 • 41 min
Moose and McNally welcome the newly elected City of Hickory Alderman (City Councilman) Tony Wood to the show. The gang chews the fat over the bond projects, Tony's goals and his vision for Hickory. Hickory's Christmas Events and a review of the new Shuckin' Shack Oyster Bar are all included in this episode of SCD!  See Privacy Policy at https://art19.com/privacy and California Privacy Notice at https://art19.com/privac...
Mark as Played

November 20, 2019 • 48 min
Moose and McNally welcome Allison Holtzman from the Friends of Hickory group. The gang gets together to discuss what's happening in Hickory and what could be on the horizon. Also included, a review of a Downtown Hickory favorite the Hickory Arcade and Cafe.  See Privacy Policy at https://art19.com/privacy and California Privacy Notice at https://art19.com/privacy#do-not-sell-my-info.
Mark as Played

October 31, 2019 • 40 min
Hosts Moose and McNally welcome Mike Pilolla, President of the Hickory Velo Club to the podcast. They discuss the state of cycling in Hickory and how Hickory's new infrastructure improvements will affect cycling. Plus a review of a Downtown Hickory favorite, Crescent Moon.  See Privacy Policy at https://art19.com/privacy and California Privacy Notice at https://art19.com/privacy#do-not-sell-my-info.
Mark as Played