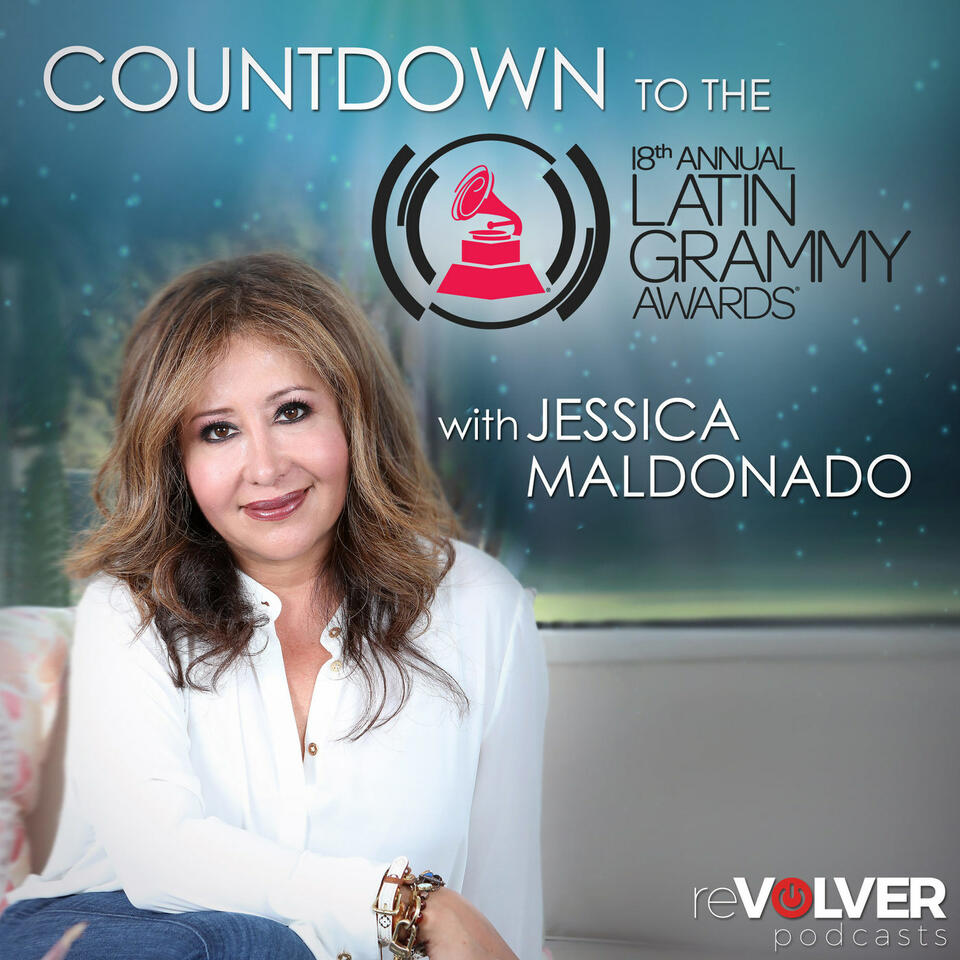 Countdown to the Latin GRAMMY Awards with Jessica Maldonado will air six bilingual episodes with Jessica interviewing Latin GRAMMY nominees from different award categories and genres including pop, urban and Mexican regional. Get the behind the scenes scoop and stories about the songs from Latin GRAMMY artists and nominees who are at the top of their game, such as JAlvarez, Sofia Reyes, Lorenzo Mendez from La Original Banda Limón and Band Recodo de Cruz Lizarraga. You definitely do not want to miss Jessica’s interview with Erika Ender, the woman behind the biggest hit of the year, “Despacito.” Hear from previous winners of the Latin GRAMMY Awards about their current projects and when we can expect their next hit song. Courtesy of the Latin Recording Academy

The biggest night of music has finally arrived and we conclude this special series, Countdown to the Latin GRAMMY Awards with two of the most successful musical groups that have endured the test of time. Banda el Recodo de Don Cruz Lizarraga have won 9 Latin GRAMMYs and today are nominated for two more. Listen in to Joel Lizarraga as he talks about a special gift they are preparing for their fans to celebrate their 80th anniversary...

As the 18th Latin GRAMMY Awards approaches we continue our countdown of the awards gala. Jessica Maldonado talks to the nominees of the two generations of Mexican regional music; El Chapo de Sinaloa and Leonardo Aguilar.

Nominated for Best Banda Album, El Chapo admits to being a romantic at heart and passionate about the Mexican regional-music. He candidly expresses his opinion of the new generation of musicians and the style of mus...

“Despacito” has been the hit song of the year breaking all records. Today the singer and songwriter behind the hit, Erika Ender is nominated for Song of the Year. Get to know the story behind the making of “Despacito” and how the stars were aligned like never before in Erika’s 25 year career.

Jessica’s second guest has come on to the Mexican regional music scene by storm. The 18 year old Christian Nodal sits down with Jessica and t...

Episode 3: We get up close and personal with Jessy & Joy and Lorenzo Mendez from La Original Banda Limon

We continue our countdown to the 18th Latin GRAMMY Awards and this time Jessica sits down to talk with the talented duo Jessy and Joy as well as Lorenzo Mendez from La Original Banda Limon. Both are past winners of multiple Latin GRAMMY Awards. Get to know these award-winning artists as they talk about their career and their music.

If you enjoyed this episode, head on over to Apple Podcasts and kindly leave us a rating and review. W...

Episode 2: We get up close and personal with Sofia Reyes and Banda MS

As we countdown to the 18th Latin Grammy Awards, Jessica talks with Sofia Reyes nominated for Best New Artist and the popular regional Mexican group Banda MS. The multifaceted musician Sofia Reyes talks about her music, her career as well as her nomination. What will she wear to walk the red carpet? While the extremely popular Banda MS who have over 12 million social followers have yet to receive a nomination. What do they have to ...

Join Jessica as she gets to know this popular urban artist nominated for Best Urban Album in this years Latin GRAMMY Awards. He talks about his family, career and gives advice to young performers who dream of one day winning a Latin GRAMMY.