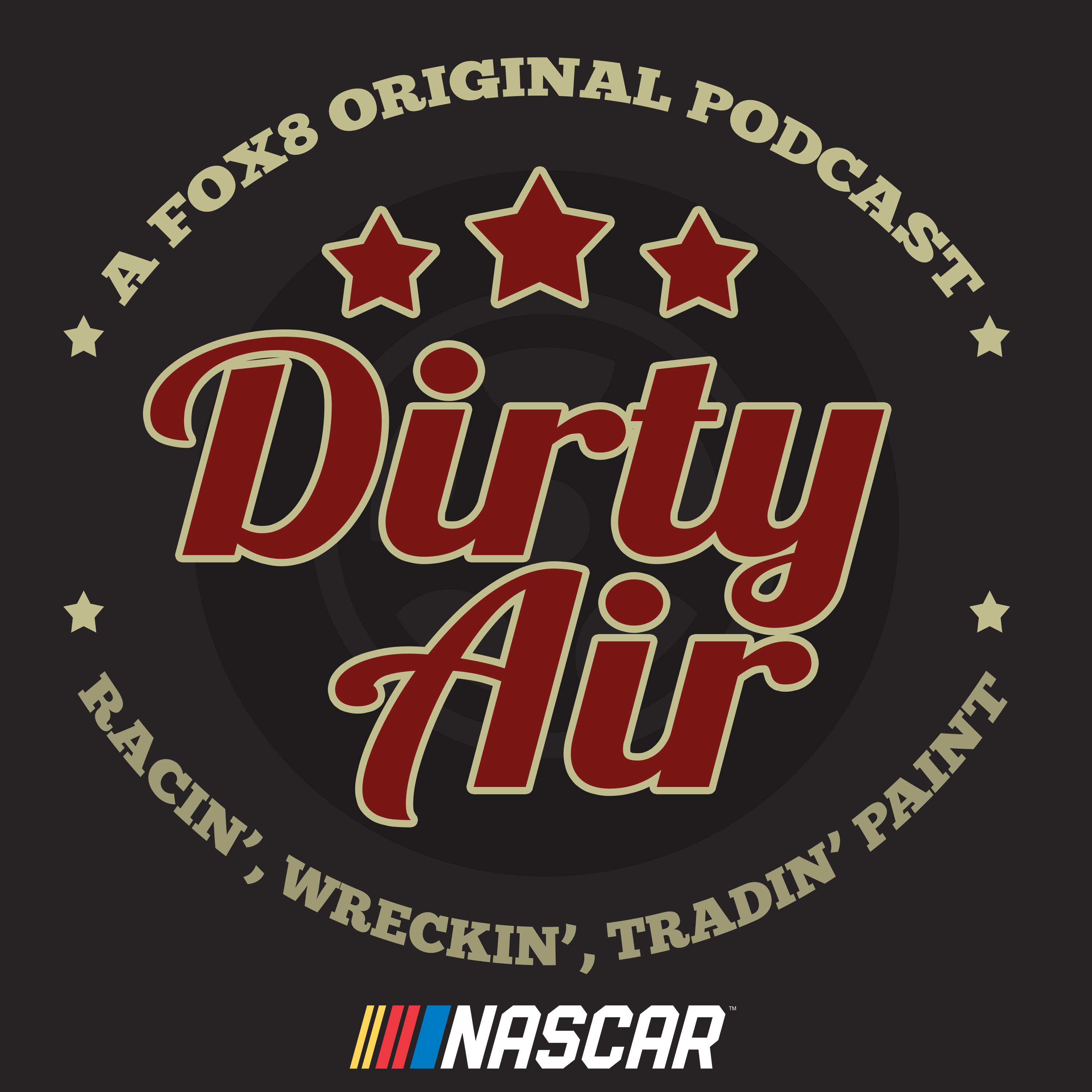 Racing at 200 miles per hour, side by side with million dollar machines, inches away from a spectacular wreck. Welcome to the world of NASCAR. It's a high adrenaline, heart-stopping, nail-biting sport, made all the more fun because of the colorful personalities on and off the track. These are their stories of racin', wreckin', and tradin' paint.... Show More

Forget all the comparisons to Danica Patrick, Hailie Deegan is trying to blaze her own path to the NASCAR Cup Series. In this episode of FOX8’s Dirty Air hear why Deegan thinks her background sets her up for future success and why she thinks she can succeed where other women like Patrick didn’t. At just 18, she’s a pretty normal teenager with some serious long term goals. Coming from a racing family she also knows there are no shor...

The King of NASCAR Richard Petty won 200 races and 7 Championships, numbers that set the standard everyone else has chased ever since. Listen in as Petty tells FOX8 Sport’s Kevin Connolly how he decided he was going to drive cars, the story behind his very first race, what it is that made him so endearing to fans and how he got the nickname, King. Petty also opens up about the current state of the sport, how the business model has...

On the latest Dirty Air podcast we are joined by Monster Energy NASCAR Cup Series driver Aric Almirola. The driver of the number 10 car for Stewart Haas racing talks about the unique way he got into the sport, the different relationships he's had with his car owners, the disappointment of getting wrecked on the last lap of the 2018 Daytona 500, and how his family has played a big role in his life. Hear all that and much more a...

Terry and Bobby Labonte grew up in Corpus Christi, Texas. At a young age, they both developed a love for fast cars. Terry, the older brother, was the first to dive into the fast lane of NASCAR. Bobby, the little brother, would soon follow the same career path. The brothers need for speed climaxed with both winning the crown jewel in racing, the NASCAR Series Championship.

Dale Junior talks about how much he misses racing and why you better not criticize one of his true loves. Richard Childress explains how he went from building a car for $20 to owning one of the most powerful race teams in the entire sport.  A.J. Foyt chimes in as well, explaining how when he drove drivers settled scores and why you better have learned how to use your hands for more than just holding a steering wheel. It’s a candid...

Mike Joy has one of the most recognizable voices in the world of NASCAR. Joy has been the only play-by-play man since NASCAR moved to the FOX Network in 2001. His ties to the sport run longer than that, dating back to the early 1970’s with stops at the Motor Racing Network and CBS. He’s witnessed some of the biggest moments in the sport, so he has a unique perspective on NASCAR’s colorful past and where the sport might be headed in...

2018 Daytona 500 winner Austin Dillon lets loose on driving for the race team made famous by his grandfather, Richard Childress and the late Dale Earnhardt, Sr. Dillon talks about the pressures of living up to the legacy of driving the #3 car and his desire to write his own chapter for this storied team. He sounds off on the critics who feel he didn’t earn his place in the sport and instead was handed his opportunity because of hi...

Racing at 200 miles per hour, side by side with million-dollar machines, inches away from a spectacular wreck. Welcome to the world of NASCAR. It's a high adrenaline, heart-stopping, nail-biting sport, made all the more fun because of the colorful personalities on and off the track. These are their stories of racin, wreckin', and tradin' paint.