Tyler Harris is an entrepreneur, influencer, and speaker. He is the National Coordinator and Partner at Consolidated Assurance, a niche insurance agency with agents across the US.  In 2014, Tyler was unemployed, broke and depressed. In 2015, he made $300k. In 2016, He made $450k, and in 2017, he made over $650k. What changed? EVERYTHING. Tyler has waged war on personal change and began documenting this process on social media in January of 2017. This included starting two podcasts, a motivational brand, and a daily and weekly vlog. In less than two years he has grown his presence on social media from zero to over 49million in weekly reach.  Most importantly, Tyler is a husband and father to the two loves of his life. Join me this week as I get to pick Tyler's brain! 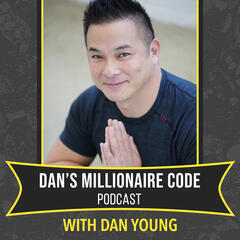