As provincial party leaders entered their final full week of campaigning, devastation rocked Ontario as a storm tore through the southern and eastern edges of the province.

This natural disaster brought the environment back into the fold of election topics.

On this week's episode of Ballot Box, the team breakdowns down the highlights:

Ballot Box is your one-stop shop for news from the campaign trail, breaking down the promises, politics and punches thrown during the week. The podcast airs every Friday on the iHeart radio app before becoming available on other streaming platforms. 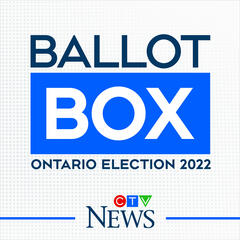