BEHIND THE VELVET ROPE •
iHeart

BEHIND THE VELVET ROPE

Thom Filicia steps Behind The Rope. Queer Eye For the Straight Guy. Bravo Royalty. Let us just take that in for a hot second. Thom takes us back to the beginning of how he got cast for Queer Eye by getting stuck in an elevator. True story. Thom talks about the behind the scenes filming, producer involvement, and what he thought about the finished product once the show aired. He talks about how life changed once Queer Eye came out and catapulted him into the public eye. Of course we discuss cast mates Carson Kressley, Jai Rodriguez, Ted Allen and Kyan Douglas - what they were like back then and the current status of his relationships with each today. We discuss what Bravo was like in those early days, the evolution of the network, and Andy Cohen. We also discuss how Queer Eye helped change the landscape for LGBTQIA representation on television. Thom tells us stories from the vault about designing projects for celebrity clients such as JLO. Speaking of celebrities, we discuss how many want “stuff for free” (cue Bobby Berk and the infamous unnamed RHONY) and discuss how Thom recommends handling business situations such as these. Thom also tells us about that one time he was backstage with Kyle Richards at WWHL where the discussion turned to all things Puppy Gate and Lucy Lucy Apple Juice and the many nights he has had out with his ex-boyfriend’s BFF, Dorinda Medley. Of course, no discussion of Queer Eye would be complete without a nod to the current Netflix series and Antoni Porowski, Jonathan Van Ness, Karamo Brown, Tan France and Bobby Berk. 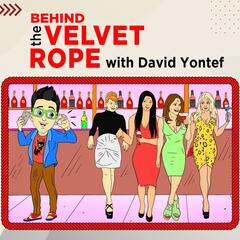