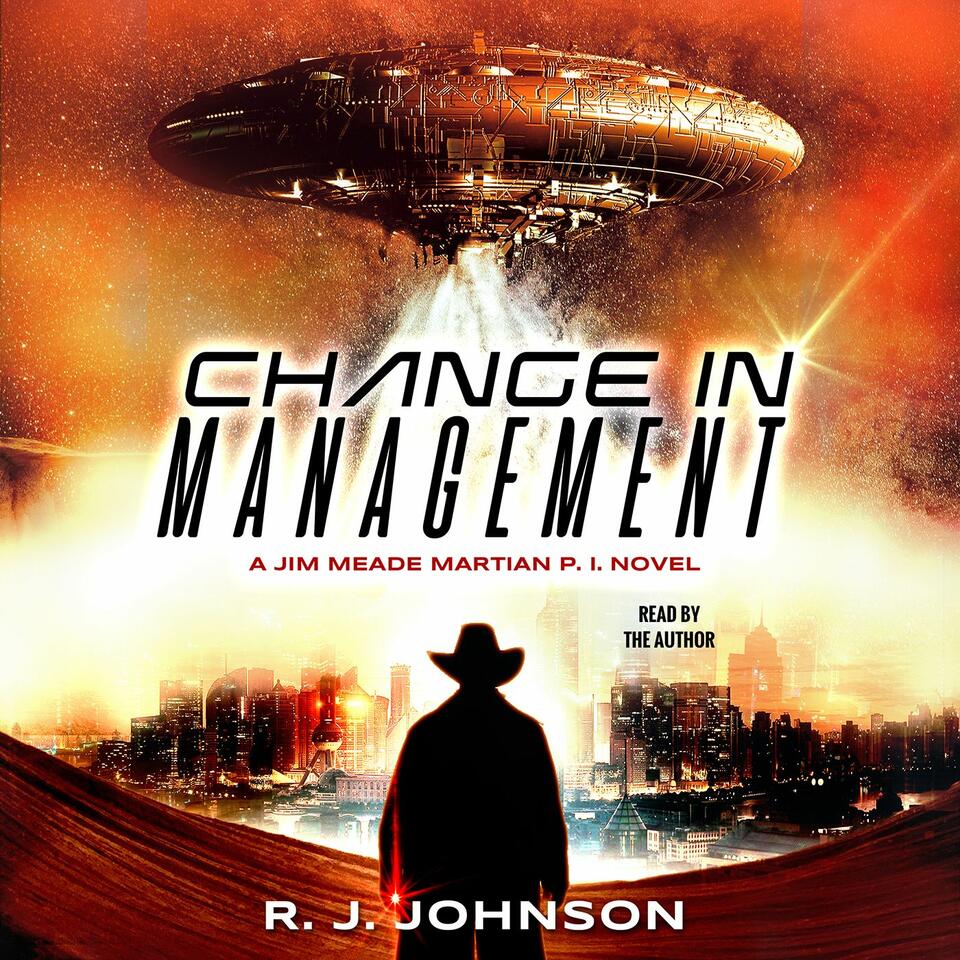 Murder, betrayal, the fate of humanity... it's all in a day's work for Jim Meade, Martian P.I. In 2097 humanity is ruled by two major powers: The Consortium and Coalition. But Jim Meade is a Runabout - someone who doesn't care who’s running the show so long as he can earn his keep peacefully in the deadly Zero-G fights that keep the Martian colonists entertained on a nightly basis. After one of his fights goes horribly wrong, Meade finds himself deep in debt to one of the most dangerous warlords on Mars. When a beautiful Coalition officer asks to help clear her father’s name, he seizes the opportunity to make some easy money. However, Meade quickly finds out that he's entangled within a dark conspiracy that gets stranger at every turn and if he wants to survive the change in management, he'll need every ounce of wit, whiskey and guts he's got.

Meade and Sarah have kidnapped Tim Russo, Alexander Laszlo's right-hand man. They've taken him to a nearby warehouse where they plan to interrogate him and get the information they need - with any means necessary.

Meade and Sarah wake up next to each other, having spent the night together after years of denying their feelings. However, Alexander Laszlo is calling and he wants to negotiate an exchange - the armbar information for Emeline.

Now, Meade and Sarah must figure out a way to decrypt the inform...
Share
Mark as Played

Meade and Emeline have narrowly escape Alexander Laszlo and his henchmen at the Last Ditch. Now, they are fleeing through the tunnels located deep underneath New Plymouth, hoping they can stay one step ahead of the warlord who has sworn to kill Meade.

Meade awakens inside the office of Warlord Michael Palmetto the target of a city-wide manhunt after authorities framed him for being one of the biggest drug dealers in New Plymouth. Now, Meade must prove his innocence and find out why the information he stole from Alexander Laszlo is so damn valuable.

Meade heads for Emeline's bar in an effort to lay low and find an ally who could help him w...
Share
Mark as Played

Meade meets with the devious Alexander Laszlo, who convinces Meade to join their poker game, and risk the money his friend Sarah gave him to pay off his massive debt to the warlord. However, because he still needs time to hack Laszlo's armbar, Meade must distract the dangerous man long e...
Share
Mark as Played

Chapter 3 - A Deal You Don't Refuse

Meade is drowning his sorrows in at the Last Ditch bar when a mysterious stranger from his past appears to hire him and solve all his money woes. The case seems straightforward enough, what could go wrong?

Meade makes his way over to the Lucky Lady Casi...
Share
Mark as Played

Chapters 1 & 2: Bet On Yourself & You Should See the Other Guy

Chapter 1 - Bet on Yourself
The year is 2098 and humanity has reached out to the stars and settled on multiple planets across the system, including Mars. Here, Jim Meade finds himself stuck at a crossroads in his life. Tired of living life hand-to-mouth, Meade decides to borrow a large amount of money from a l...
Share
Mark as Played