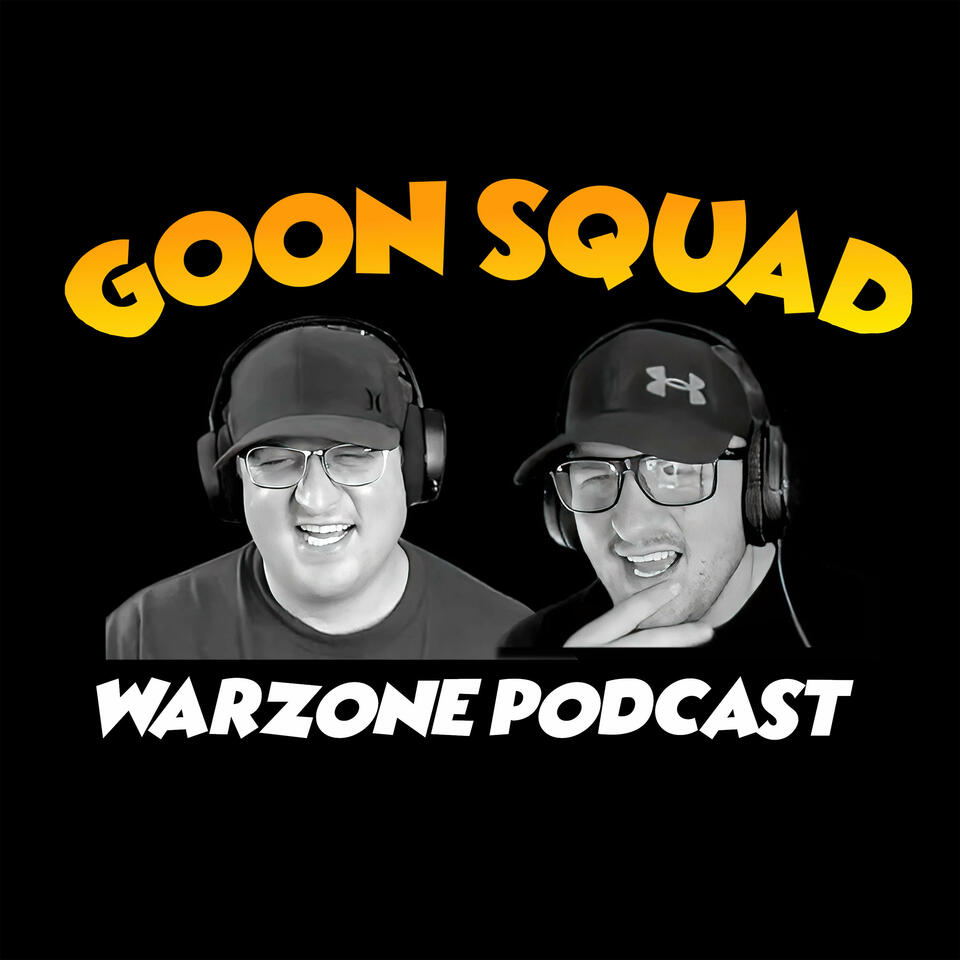 Whats up Guys! We are identical twins who love talking gaming! We primarily play Call of Duty Warzone, but are into most FPS Shooters! We are about keeping gaming legitimate and having a good time! We built a Youtube channel on calling out Cheating in Call of Duty Warzone! We have grown a great community that supports each other and have a great time! Come hangout and enjoy!

What's Up Guys & Gals!  This is a clip from our Bonus Patreon/Youtube Members Podcast!  In the full podcast we cover who is Goon Squad & Tell some Epic Party Stories! Enjoy!

Oh...and if you want to hear the full episode make sure to join our Patreon - Click the Support the show button!  Or become a YouTube Member!

Thank you all for the listen!  I love this community 🥰❤️‍🔥👨‍🚒

Whats Up Guys/Gals! Here is the rundown!

Thank you all for the support 🤯🍻

Whats Up GOONS!!! Here is what we got!

Thank You All For Listening! 👌🍻⭐

Everyone Gets Roasted! Streamers, Warzone, Hacker Hunters...Nobody Is Safe! Ep.32

😂We had a blast with this one! Join our patreon or YouTube membership to support the pod! 🍻

What's Up Goons!  Here is what we got!

Want to Support the Show/Become part of the Goons...join our Patreon Here --->
https://www.patreon.com/GoonSquad_Gaming  OR Click the support the show button 👌🍻

Whats up Goons!  Today we got a live Q&A from our YouTube livestream!  We had a blast talking with the community & plenty of laughs!  We talk about Warzone, Warzone 2, DMZ,  Fortnite, and much more!  Enjoy

Whats Up Goons!  Here is what we got for ya!

Hope you enjoyed this episode! If you did please follow/sub & leave a comment...it helps this get out there! 👌⭐

Sup Guys/Gals!  We got a great one for ya!

If you like the podcast Follow/Subscribe/Leave a comment!  It is greatly appreciated!  Lets Blow This Thing Up!!

Whats Up Guys/Gals!!!  Hope You All Had A Great Christmas!!  Here Is What We Got!

Thank you all for the listen!  If you like the content and want to join the goons hit the support the show link!!! 👌...

Whats up guys/gals!  Here is What we got for ya:

Thanks for listening.  To join our Patreon click the support the show button! 🤙🍻🔥

Whats up guys/gals!  You gotta hear our half baked ideas 🤣We may of lost it on this one! Here is what we got for ya!

Check out our petreon in the support the show button! Or click this --> https://www.patreon.com/GoonSquad_Gaming

Whats Up Guys & Gals,
We have a great episode for you today.  We breakdown how we went from casual players to Warzone Hacker Hunters.  How we started our Youtube channel on calling out cheaters.  We talk about Zlaner, Nadia, Destroy, and many more top Warzone Streamers.  We explain the pitfalls of being a hacker hunter & why we have changed our direction.  Trust me you wont want to miss this one!

If you enjoyed the episode...

Sup guys! Here is what we got for ya!

Thank you all for listening! Leave a comment if you enjoyed the show! 👌🍻

Whats up Guys & Gals! Here is what we got for ya!

If you like the podcast and want a chance to win a Gift Card...Leave a 5 ⭐️ Review on Apple Podcasts!  🤙🔥

Leave a 5 ⭐Review to enter the Gift Card Giveaway!!!

What's Up Guys!! We got a great one for ya today!!

How to Get a Nuke in Warzone 2
Randomized Gun Recoil

Hope you guys liked the episode! Be sure to leave a 5 star comment for a ch...

We have a GREAT episode for you today!!! Here is what we got!!

Hope you enjoyed!  If you like the podcast please leave a review!!! 🍻👌

Support the...
Mark as Played