How I Get By •
iHeart

Epis. #34: Elvina Beck, founder of PodShare (and an ongoing PodShare resident) - How I Get By

How I Get By

Elvina Beck, the founder of PodShare - a co-living space with five locations in Los Angeles and one in San Francisco - talks about moving from Russia as a child to Brooklyn with her family, then New Jersey, and subsequently Hollywood at 19. She discusses transitioning from working in production in the entertainment industry to starting her business, and how PodShare resulted out of her own need to live closer to Hollywood.
She talks about the rules of PodShare (including, in many ways, sacrificing one's privacy), her ambitions for it as a business she'll run for life, including building many more locations; staying independent/private as a business; and what her lifestyle is like as a young entrepreneur who lives throughout L.A.'s locations and how and why she eats out every day. 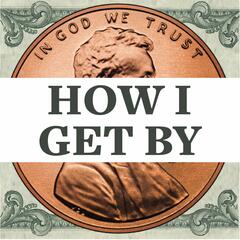