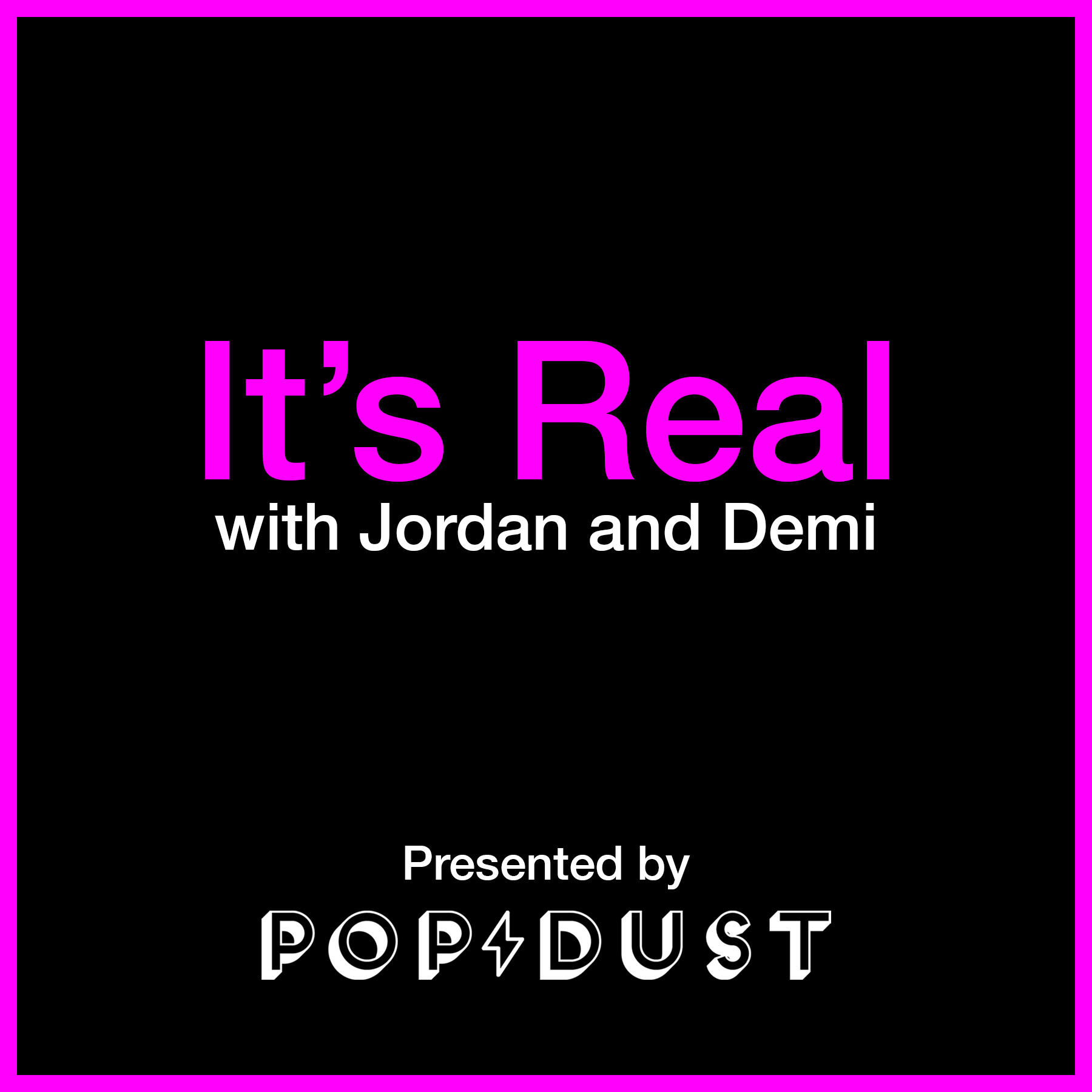 It's Real with Jordan and Demi

Music video director Jordan Edwards and musician/model Demi Ramos interview some of today's hottest artists and your favorite musicians from back in the day.

To give fans a view of how she makes music, Thao Nguyen is documenting the recording of her sixth album on Substack. Jordan and Demi talk to the singer-songwriter about the effect this has had on the development of the album and how it has made her more disciplined. Nguyen is also using the platform to speak out on hate crimes against Asian Americans, a cause she has been passionate about since experiencing harassment as a child in...

K.Flay talks to Jordan and Demi about her unique hybrid style, the inspiration for her covers EP (Limp Bizkit!), and the impact of her breakout hit "Blood in the Cut."

The Hunna hit it big in 2016 with the album 100 and singles like "She's Casual" and "Bonfire." Now, the UK band is one of rock's most popular acts, blending styles from metal to emo to traditional punk.

Mia Martina found worldwide fame with the single “Stereo Love.” Despite the success, she felt marginalized as a woman in a male-dominated industry. With her new book Boss Up Your Life, the singer is encouraging young artists to take control of their careers and end the EDM gender gap.

After "Worst of You" became a surprise streaming hit in 2018, Maisie Peters emerged as one of the UK's most promising singer-songwriters. The last two years have included an entry on the Birds of Prey soundtrack, her first charting song ("John Hughes Movie"), and a Taylor Swift cosign. It's not a bad time to be Maisie Peters.

Los Angeles DJ and musician CADE has racked up more than 700 million Spotify streams for his remix of Maggie Lindemann's "Pretty Girl." But the Tampa native wants to be known as a solo artist, not just a remixer. As he preps new music, CADE talks to Jordan and Demi about his rise, the prospect of live shows, and his close relationship with Cheat Codes.

Switchfoot frontman Jon Foreman found success in the 2000s with a string of hits including "Meant to Live" and "Dare You to Move." A devout Christian, Foreman and Switchfoot are often mislabeled as a "Christian band." But as he explains, Christianity is a faith, not a genre.

From his studio in Southern California, he talks to Jordan and Demi about his new album and 25 years in the music industry.

In 2017, the single "Only in the West" gained LA-based musician Yeek a loyal following and millions of Spotify streams. Now he's back with a new album and a dreamier rock and R&B sound.

Growing up on Taylor Swift, Bailey Bryan gravitated towards country music. But after touring with stars like Kane Brown and Kelsea Ballerini, the singer-songwriter is tackling the pop landscape with anthems like the single "play w/ me."

Singer, host, and America's Next Top Model alum Cory Wade talks to Jordan and Demi about the ascension of queer culture and carving out a niche in the entertainment industry. Plus skincare and self affirmation!

Caleborate's NorCal meets New York vibe has earned the rapper a loyal following. With a new album around the corner, he talks to Jordan and Demi about his eclectic tastes and dream collabs.

Junglepussy gained attention when Erykah Badu shared her song "Cream Team" on social media. Since then, the Brooklyn rapper has a gained a devoted following with her raw, playful lyrics and colorful fashion.

Jordan and Demi talk to pop singer Rozzi about new music, her beginnings as a backup singer, and touring with Maroon 5.

Known for her hits "Luka" and "Tom's Diner," Suzanne Vega helped open the door for female singer-songwriters like Tracy Chapman, Shawn Colvin, and Sarah McLachlan. Jordan and Demi talk to Vega about her four-decade career and the impact she's made on the music industry.

Born in Louisiana and based in Nashville, Willie Jones is part of a new wave of country singer eager to stretch the definition of what makes a song country. His debut album, "Right Now," feels both fresh and familiar.

The left field hit "Young Folks" made Sweden's Peter Bjorn and John international stars. But after 20 years and several albums, the band has amassed a rich collection of memorable songs. Jordan and Demi talk to the trio about their success. Plus, Demi learns about shrimp parties!

Episode 55 - Sort of a Holiday Special with Tim Minchin

Jordan and Demi celebrate the season with actor/comedian/musician Tim Minchin, who famously does not observe Christmas. From his home in Sydney, he discusses his new album, the TV show 'Upright,' and that time he hung out with Dame Judi Dench and Benedict Cumberbatch.

From her childhood bedroom in Phoenix, UPSAHL talks to Jordan and Demi about her new EP, writing for Dua Lipa, and dating during quarantine. Plus, how to cut your own bangs!

UK singer Ray BLK is one of R&B's brightest rising stars. With a new single out and an album in the works, she talks to Jordan and Demi about growing up Nigerian, touring with Nicki Minaj, and controlling her own image.

Boy Pablo's "Everytime" made Nicolas Muñoz an internet darling. But with a new album and a romantic series of connected music videos, he's creating a whole new universe for fans to enjoy. Plus, album picks with Tayo Sound.

Chat About It's Real with Jordan and Demi