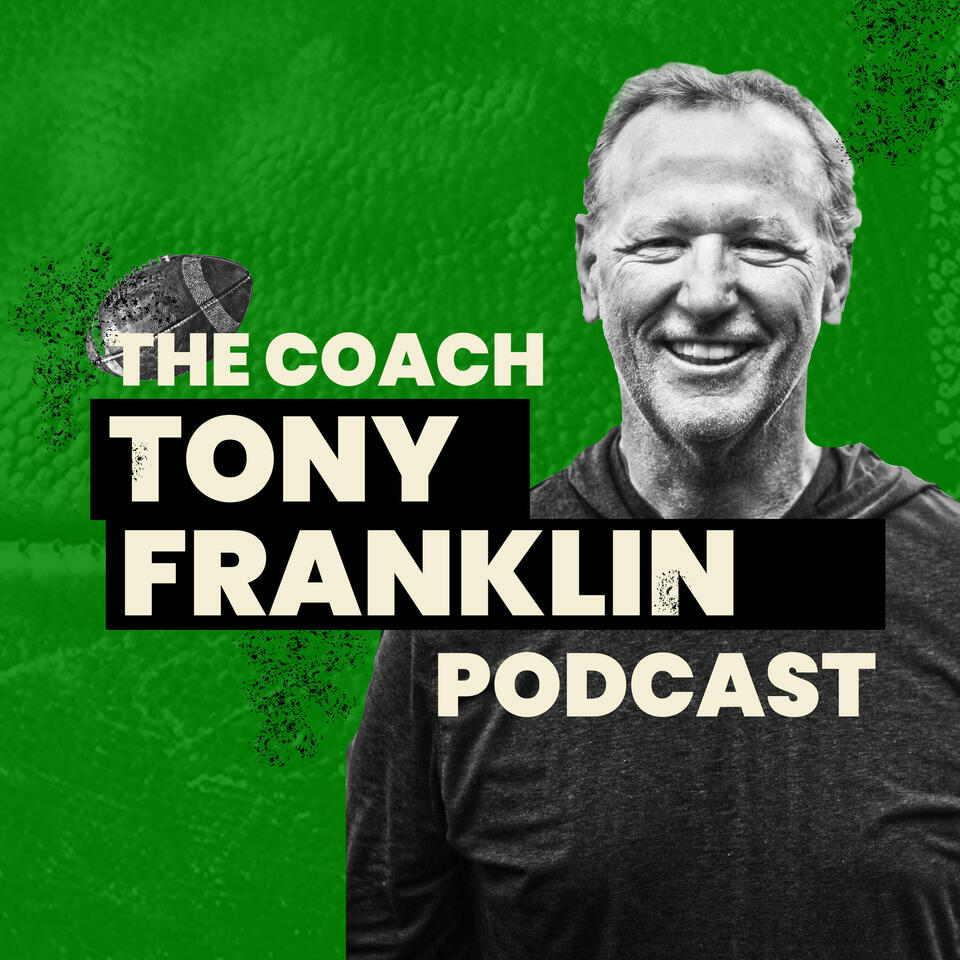 “One of the most innovative minds in football.”— The Wall Street Journal “there’s never been quite a coach like Franklin. He marches to a different beat.”— CBS Sports Tony Franklin has been listed as one of the top offensive football coaches in college football. He’s been featured in Forbes, NPR, CBS, The Wall Street Journal, The Washington Post, and numerous other national media outlets for his offensive success, coaching and mentoring the #1 pick in the 2016 NFL draft, Jared Goff, developing a unique business model that changed how football is played, and a willingness to express controversial outspoken views while publicly taking to task the power players of college football. Franklin has also authored and published two successful books and appeared on numerous radio, television, and podcast mediums over his 40 year career. Franklin retired on January 1, 2021, to dedicate his life to building a successful business in consulting, writing, publishing, and podcasting. The Coach Tony Franklin Podcast is an authentic hardcore, raw, and honest look into the real-life experiences and lessons of an American man whose journeys have been anything but boring. Whether it’s a detailed description of his unusual hiring and firing at Auburn by current US Senator Tommy Tuberville, or a heartfelt raw journey into being bankrupt, sleeping in his car, and gambling to pay bills, Franklin delivers brutally honest personal accounts of living a human and imperfect life, as well as a unique insider’s perspective of big-time college football.

Auburn Coach Bryan Harsin Has Already Proven He's Not The Right Man For The Job. Weakness And Finger Pointing Makes Him A Smaller And Less Successful Version Of Tommy Tuberville.

Four games in Auburn football has proven that they made an horrendous hire as head coach.

Ole Miss Will Beat Alabama This Week and Win National Championship....SEC Gets 3 Teams in Playoffs...

Crazy Predictions After 4 weeks of College Football including every conference champ!!

Arkansas Is A Bunch Of Wild Crazy Pigs...Texas A&M Overrated As Always...Georgia Bulldogs May Be #1?

Results and Early Thoughts and Analysis of Week 4 College Football.

Free Pigskin Pariah Picks Week 4 Winners...Betting Millions? Don't! Not Till You Get These "Hot Picks"!!

Red Alert Picks Are In.... And They're Free

Wolverines have enough talent to make a run for a championship...Just don't screw it up

The Next 24 Hours After Each Game: Life of College Coach and Player During The Season

Minute by minute account of what players and coaches do for the next 24 hours from the moment a game ends.

Kentucky Defense Gets Manhandled by Chattanooga....Coast to Coast Analysis

Win A Million $$$ This Saturday With My College Football Guaranteed Wins!!!

Will Nick Saban Really Be Paid $600 Million To Be USC's Next Coach? Did Anonymous Sources Say Billionaire Boosters Have The Money?

USC Coach Fired After 2 Games...What's It Like To Be Fired In Season??

Alabama OL Got Destroyed by Mercer...If Only For a Few Plays.

Alabama, North Carolina, Western Kentucky or Fresno State QB?? Who's the best in 2021?

Georgia's Gunslinger Can Beat Alabama! Pac 12 is Better Than Big 10? SEC Has Some Bad Teams!

A & M stinks, Texas is worse...are there any contenders in Texas?