In this second part of her interview with veteran war correspondent Michael Yon, Sara learns why Yon believes the conditions are set for war inside the United States. Yes, actual war. Yon also discusses the information wars constantly swirling around us.


The Association of Mature American Citizens
https://amac.us/carter
The benefits of membership are great, but the cause is even greater.

Highlights--
I Believe in this Nation
Sara: I actually believe in this nation. I believe that we are a great nation, a strong nation, but we're only as strong and as great as our people. Right and our willingness to protect our constitution and our willingness to protect our values. Liberty being the most important value, right liberty, standing for something on principle, and really believing that we start burning books. We start telling people how to live their lives. We start ostracizing people. We start teaching kids in school, all this craziness that we're teaching them and you know, we fundamentally will change. And we've seen that in our streets. We've seen what's happened when we have been influenced by this kind of radical leftist ideology and what's happened to our country.

The Conditions Are Being Set for War
Sara: If you were in Washington, DC right now, if you had an opportunity to talk to President Biden and vice president Kamala Harris, what would you tell them about what's going on?

Yon: You know, I was just in Washington before all this, for instance, I was at the Capitol attack. I didn't go inside, but I was physically there. And because, you know, I do conflict. I got kicked out of Hong Kong last year, you know, for given the communist hard time. So that's what I did, right. And just before that, I was actually invited into the White House, I was there and I was at the my president's residence as well at a reception. So I mean, that was before all that in December. So I mean, I was just in Washington. I was there at the so called inauguration. And then I shot straight down to the border in El Paso, right, and was down whereas in New Mexico and Arizona and then down to Colombia, we are in an epic situation here. Amateurs talk about sparks professionals talk about conditions right. The conditions are being set in the United States for war, literally war.

Conditions Ripe for Major Unrest
Yon: Really I was just all over America, all over San Francisco just recently, you know, Los Angeles all over California, Oregon, Washington State, Pennsylvania, Georgia, Florida, DC. I've been checking out atmospherics, the way I deal in wars. You got to go around, like soil samples everywhere. And what I'm seeing our emissions are clearly being set for war. And if the economy collapses if the if the US economy collapses, it's not about Spark. People ask me all the time, what will be the spark and I'm like, it's not about sparks. If the forest is dry, the sparks will come is somebody who's gonna shoot a firework, though a cigarette, whatever, lightning strike, it doesn't matter what the spark is. It's about conditions.

Joe Ordered to Deport Fewer People
Sara: When I talked about Biden's failure at the Biden administration, President Biden's failure to actually enforce the laws, what I was talking about is this and I don't know if all of you out there have seen this story. But in February, basically Immigration and Customs Enforcement ice had issued new guidelines to their agents. And it It asks them to sharply curb arrests and deportations. This is what the problem has been. So not only do we have a lackadaisical border, a border that's wide, open, porous border where people are literally coming across and say, Hi border, you know where Border Patrol is because I'm here to turn myself in.

Cartels Coming to a Town Near You
Sara: Now there are very few farmers left in the Antelope Valley, very few farmers, but it's still a rural area and it's an area where a lot of people go some retire. Some have been living there their whole lives. They have these beautiful homes, you know, they love the sunsets I've talked to a lot of residents out there. They love living that desert life. But now they are being invaded. The cartels are coming to their town. They have set up shop, they are their next door neighbors, they are threatening them. They are literally taking over the Antelope Valley and in the past several months. Illegal not legal, illegal. Marijuana cannabis rows have spread all over the Antelope Valley and they're not trying to hide them.

How Criminals Evade Justice
Sara: Usually even when it's a crime, a real crime, like, for example, drug sales, like in there an illegal immigrant or sometimes it can be as far as aggravated assault or something like that, when they charge the illegal immigrant, they could charge them with a far lesser crime. That's what happens. That's what I'm talking to immigration and customs enforcement officials about, you know, the DA will then charge them with like trespassing laws or something like this. They won't give them the full charges. So it looks like the person that you're holding, right? The person that is holding, oh, has these little aggravated misdemeanors. No, they're not there. It's like literally aggravated assault, right? Or something like that, or something to the effect of like they've been deported, like three times before, or they've been caught drunk driving four or five times. But it doesn't actually reflect that. It doesn't actually reflect that on their arrest record. They let him out of jail, even with felony convictions. Sometimes they're just setting them free.
Read more
00:0000:00 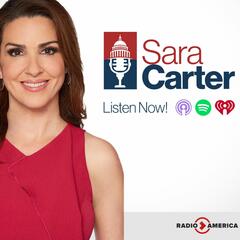