Warriors captain Roger Tuivasa-Sheck insists there's less worry amongst the players as they embark on another stay in Australia.
The New Zealand-based players have flown to New South Wales to link up with the other half of the playing group, and will continue preparations ahead of the 2021 NRL season.
Tuivasa-Sheck told Elliot Smith they're excited to be reunited.
"The sense of worry is quite low at the moment as everything's planned. It's a lot better this time around as we've planned it and we know what's going on and what we're in for, so more excited this time around."
And while he'll have to wait a little bit longer, Tuivasa-Sheck will have his family by his side this time.
By the end of the 2020 season he was the only player without his family in Australia.
Tuivasa-Sheck says they will fly over during the team's second move.
"Our first move will be Tamworth where we will bunk up almost like a camp for a month, and then relocate to Central Coast, where I think most of the family will be joining at that point."
LISTEN ABOVE
Read more
00:0000:00 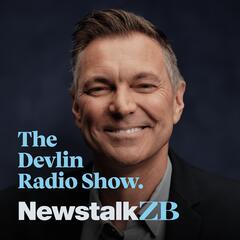