Speaker Trevor Mallard has used the legal immunity of parliamentary privilege to say that a worker - who he apologised to for falsely accusing of rape - did commit sexual assault.
In a debate in the House on Tuesday during the annual review of the Parliamentary Service, for which he is the responsible Minister, Mallard sought to paint himself as on the side of victims and the Opposition as not.
This is despite admitting he has never spoken to the woman complainant at the centre of the saga.
It has prompted National leader Judith Collins to call it "the most extraordinary display" by "the biggest bully I've ever seen in Parliament".
It led to Prime Minister Jacinda Ardern given Mallard a very public dressing down, saying his conduct in the House was "totally inappropriate".
But she stopped short of heeding National and Act's call to sack Mallard as she said resignations would not resolve the underlying issues which led to last night's debate.
She said the blame lay with everyone who participated in the session – "no one, last night, covered themselves in glory".
Listen above as NZ Herald political reporter Jason Walls joins Francesca Rudkin to discuss this and the other news of the week
Read more
00:0000:00 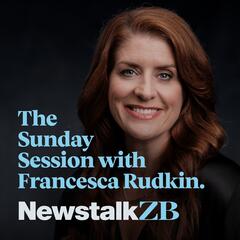