Next Question with Katie Couric •
iHeartRadio

Next Question with Katie Couric

David Axelrod is a renowned Democratic political strategist, most notably for Barack Obama in 2008 and 2012. These days, he runs the nonpartisan Institute of Politics at the University of Chicago and hosts a hit podcast, The Axe Files, where he interviews major political figures. In this special crossover episode, Katie and Brian turn the tables on "Axe" and get his own story, including his early days in gritty Chicago journalism, his father's death from suicide, and his family's efforts on behalf of his daughter, Lauren, who has epilepsy. Plus, they discuss his former client, Hillary Clinton, and the future of the Democratic party. 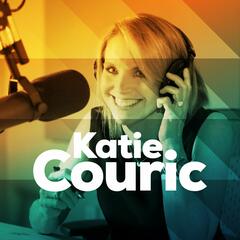