At the same time Speaker Trevor Mallard was being sued for defamation, he changed the rules so other MPs could also have theirs covered by the taxpayer without disclosing it publicly.
National and Act leaders yesterday said they no longer had confidence in the Speaker after he revealed he'd cost the taxpayer more than $330,600 settling a case after incorrectly calling a former Parliamentary staffer a rapist.
It has also now come to light that the rules for when MPs can claim legal costs when they're being sued were expanded by the Speaker in August so damages and settlements can come from the public purse.
Those applications have to be signed off by the party leader, the Speaker and chief executive of Parliamentary Service.
It brings the rules for ordinary MPs in line with ministers; however, only ministers are subject to public disclosure rules under the Official Information Act. Other MPs and Parliamentary Services are exempt from having to disclose when legal costs are claimed.
Mallard's case was handled by Deputy Speaker Anne Tolley and it was considered that because the Speaker is the Minister responsible for Parliamentary Services, the same rules should apply as for ministers.
The process for Mallard's legal costs was signed off by Tolley rather than Cabinet.
Former Attorney-General Chris Finlayson told The Weekend Collective that it doesn't seem that Mallard has done any harm here.
"Most of the work on this issue was done by the Anne Tolley, so I don't think that Mr Mallard altered the rules to suit himself."
He says it would be helpful to clarify what Tolley's role was.
On the ongoing issues, which has sparked calls for Mallard to go, Finlayson says that those calls from National and ACT are a "non-issue".
"Labour's the majority in the House, and any vote of no confidence will be sort of ritualistic rubbish."
He says that MPs can make comments under Parliamentary privilege, but any comments made outside of the Chamber leave the MP open to being sued.
"I don't have a lot of patience for MPs who leave the Chamber and make all sorts of wild allegations against people. And if people sue them for defamation, then it's their bad luck."
Read more
00:0000:00 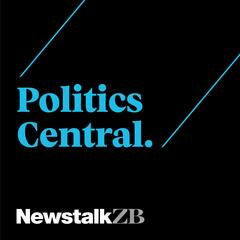