Back in 2010, Mike Spivey was seven-years deep into his Marine Corps career. While on a foot patrol in Sangin, Afghanistan, and IED explosion left Mike badly injured. The blast would not only cost him his left arm, but force him to exit from his preferred career many years too soon. While Mike was in the hospital, Warrior Foundation Freedom Station was there to help him begin his transition to civilian life. Mike joined Armstrong & Getty to talk about how WFFS helped him find his new life. 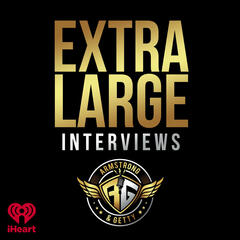