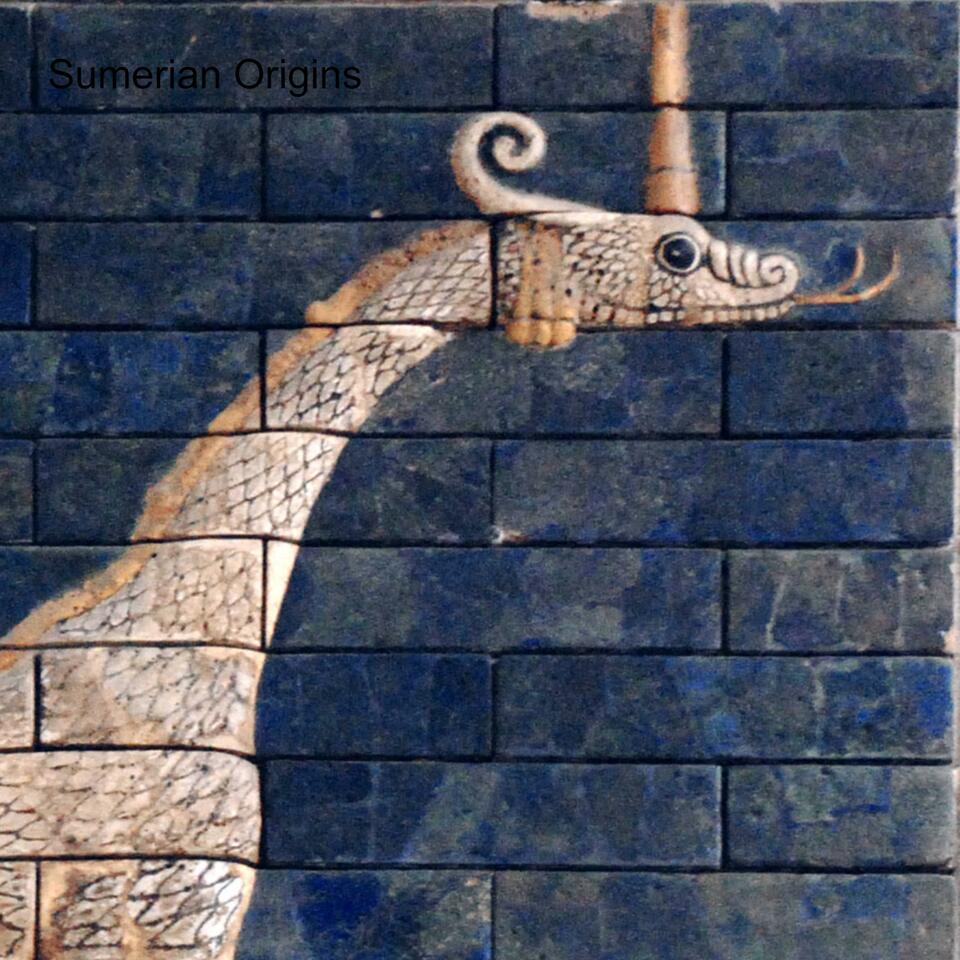 23. Anunnaki Origins and the Flood Mysteries According to Ziusudra and Enki

Ziusudra, in Mesopotamian Religion, rough counterpart to the biblical Noah as survivor of a god-sent flood. When the gods had decided to destroy humanity with a flood, the god Enki (Akkadian Ea), who did not agree with the decree, revealed it to Ziusudra, a man well known for his humility and obedience. Ziusudra did as Enki commanded him and built a huge boat, in which he successfully rode out the flood. Afterward, he prostrated hi...

22. Nabonidus and Nebuchadnezzar, the Last Sumerians who Promoted Anunnaki

Nabonidus has stood out as an unusual ruler. While the record is fragmentary, cuneiform tablets and inscriptions have helped scholars trace Nabonidus’ unconventional career. A palace courtier, Nabonidus came to power in his 50s or 60s by way of a coup that may have been orchestrated by his son Belshazzar, who plays a central role in the Bible’s Book of Daniel. In this biblical account, Nabonidus, who is mistakenly identified as his...

Stories describing creation are prominent in many cultures of the world. In Mesopotamia, the surviving evidence from the third millennium to the end of the first millennium B.C. indicates that although many of the gods were associated with natural forces, no single myth addressed issues of initial creation. It was simply assumed that the gods existed before the world was formed. Unfortunately, very little survives of Sumerian liter...

20. Ashurbanipal and the Anunnaki Renaissance, Rebuilding Babylon and his Search for the Nephilim Faith

Despite his royal pedigree, Ashurbanipal was not even expected to become heir to the throne at all, thanks to having more eligible brothers in front of him. As a result, he was able to tackle scholarly pursuits away from his father’s court, which gave him the opportunity later to tell us in his own words that aside from learning how to read and write, he also had stuff like mathematics and oil divination under his belt.

19. Anunnaki Origins, From Nibiru to Babylon, Revealing the Ancient Truth of Kingship

The Sumerian civilization existed from 4100 B.C.E. until around 1750 B.C.E. The name “Sumer” meant “land of the civilized kings.” The Sumerians were one of the first groups to divide time into hours and minutes. They also had a complex religion that involved gods called the Anunnaki.

The Anunnaki were believed to be in charge of Sumerians’ fates. Many myths involved members of the Anunnaki passing judgment on humans. Additionally, ...

Enlil - deriving from the theology of Nippur, which achieved dominance in Sumer early in the third millennium B.C. - did not entail the absorption of, or even any really encroachment upon, the jurisdictional province of other major gods. Enlil's authority- as that of Marduk of Babylon and Ashur of Assyria, which were little more than adaptations of this theology for other times and places- lay rather in his relationship to hum...

The Ninevite version of the epic begins with a prologue in praise of Gilgamesh, part divine and part human, the great builder and warrior, knower of all things on land and sea. In order to curb Gilgamesh’s seemingly harsh rule, the god Anu causes the creation of Enkidu, a wild man who at first lives among animals. Soon, however, Enkidu is initiated into the ways of city life and travels to Uruk, where Gilgamesh awaits him. Tablet I...

16. The Rephaim and Nephilim, Sumerian Giants in the Bible

THE REPHAIM AND NEPHILIM IN THE BIBLE

But what of some of the other peoples, the Rephaim, Nephilim, Anakites, and so forth? These names show quite a different character in the OT. They seem to denote an almost mythical race of giants living in fantastically fortified cities. Regarding the Anakites, Deuteronomy 1:28 has the Israelites complaining: "The people are stronger and taller than we are; the cities are huge, with walls...

The legacy of the Sumerian Anunnaki Ancient Astronaut Alien Gods has found its way into modern Religion, particularly through shortened versions of the Sumerian and later Babylonian Text such as the Enuma Elish Creation Epic in the Hebrew Bible.

14. Excavations at Eridu, Sumer Becomes the Origins of Western Civilization

Eridu, ancient Sumerian city south of modern Ur (Tall al-Muqayyar), Iraq. Eridu was revered as the oldest city in Sumer according to the king lists, and its patron god was Enki (Ea), “lord of the sweet waters that flow under the earth.” The site, located at a mound called Abū Shahrayn, was excavated principally between 1946 and 1949 by the Iraq Antiquities Department; it proved to be one of the most important of the prehistoric urb...

13. Enoch Becomes Metatron and Proves Links to the Nephilim and Moses Sumerian Enigma

Ancient legend and lore maintain that Enoch had superior knowledge and visited heaven where he learned about the nature of the universe, of the angels, and of God.  Enoch wrote books of all he learned and upon returning to earth, he shared his understandings with his family and friends until God took him, this time forever.

In heaven Enoch becomes an extraordinary angel, also referred to as Metatron.  This story is supported by the...

2909 BCE Anunna kingship begins 670 years [241,200 days/shars] before the Flood of 2239 BCE, Anunnaki Dynasty beginning at Eridu with two kings lasting 180 years to 2729 BCE. Eridu is the Irad of Genesis text. Sumerian King-List reads that kingship was first lowered from heaven to the city of Eridu. This place in Genesis is called Irad, from the root descend, found also in the name Jared, Enoch's father, a completely made up Je...

11. Antediluvian Kings, Long Reigns of Anunnaki Sumerians and Other Cultures

The Sumerian King List records in succession the names of most of the kings of Sumer and the lengths of their reigns.1 The document begins at the beginning of history, the time when ‘kingship (first) descended from heaven,’ and goes up to the reign of Sin-magir (1827– 1817 BC3) towards the end of the Isin dynasty.

10. Gilgamesh, His Neanderthal Twin, the Snake and Enoch

According to the king lists, kingship remained in the city of Kish for 24,000 years after the flood (maybe 250 years in real life?), until it was taken to the city of Uruk during the reigns of Dumuzi the Fisherman and Gilgamesh. The kings of the first dynasty of Uruk were especially important to the Sumerian record keepers, who list epithets for the first five kings of the dynasty. The leading Sumerologist, Samuel Noah Kramer, refe...

9. Anunnaki Evidence - The Serpent Gods are Returning in 2023

A whistleblower recently came up with a powerful statement. It seems that the Anunnaki are returning to our planet. Being our creators, Anunnaki possessed very advanced knowledge of DNA. They can control and manipulate the humanity on earth.

7. Mesopotamia Star Worship and the Temples of the Anunnaki

What Are The Anunnaki, The 'Alien' Gods Of Ancient Sumer?

Some theorists believe the Anunnaki are ancient alien invaders from Nibiru, even though scholars know them as Mesopotamian gods.

Sumerians worshipped the Anunnaki before the Greeks exalted Zeus and the Egyptians praised Osiris.

Ancient Mesopotamian gods possessed wings, horned caps, and the ability to control humanity. Their society owed its destiny to the Anunnaki, ...

6. Gilgamesh the Demigod From Basra, King of Uruk, King of All Sumerians

July 14, 2022 • 51 min
A semi-mythic king of Uruk, Gilgamesh is a half-god, half-human hero in Mesopotamian mythology. The Epic of Gilgamesh, the oldest surviving great work of literature, contains his tales.   Gilgamesh did attain immortality by consuming a petal of the immortality flower. As a result, the serpent consumed the rest of the flower by accident, excreting its seed in the desert of Basra.
Mark as Played

5. Sumerian Civilization and Anunnaki Literature, Cosmogony and the Birth of the Gods

But there came a stirring in the darkness and the great gods arose. First came Lahmu and Lahame; and many epochs later, Ansar and Kisar, component parts of whose names signify 'Host of Heaven' and 'Host of Earth.' These latter names we may perhaps accept as symbolical of the spirits of heaven and of earth respectively. Many days afterward came forth their son Anu, god of the heavens.

At this point it should be expla...

Leonard Woolley, an archaeologist from Britain, returned to Iraq in 1922, almost 4,000 years after the nuclear ancient catastrophe, to uncover ancient Mesopotamia. An imposing ziggurat standing out in the desert plain drew him to the nearby site of Tell el-Muqayyar, where he began excavating. As old walls, artifacts, and inscriptions were unearthed, he realized he was digging up ancient Ur-Ur of the Chaldees.

Twelve years of his wo...