In an ideal world, every New Zealander who could be employed would be employed.
He, she or they would skip off to work, a spring in their step and a song in their heart, happy in the knowledge that they were well remunerated for the job they were about to do, and knowing that should they wish to move up the corporate ladder, say from caregiver to rest home manager, there was a clear path there for the aspirational worker.
But that's not what happens.
There are some jobs Kiwis won't do and so employers are forced to attract hard workers from other countries.
And now the Economic Development Minister wants a reset on our immigration policy.  In effect, he only wants highly skilled and high net worth individuals coming to our land of milk and honey and, if companies need workers, well, they're just going to have to pay New Zealanders more and offer better conditions.
While Stuart Nash conceded to Mike Hosking this morning that some limited migration of lowly skilled workers might be allowed, it would be a measure of last resort.
Nash.
We are a nation of five million people.  If we want to box above our weight, productivity wise, we need to attract people from other countries to come and work here.  And we have to accept there are some jobs New Zealanders simply do not want to do.
Hence the reason for Pacific Island immigration to Aotearoa New Zealand.  They did the jobs Kiwis didn't want to do and in return, Pacifica men and women received job opportunities, money that allowed them to support family back in the islands and education for their children.
We didn't treat our Pacifica workforce terribly well. When we needed them all was well, when the economy took a couple of hits in the seventies, with the oil price shock and Britain joining the EU, unemployment rose and these people who'd helped create our booming economy of the fifties and sixties were told to go home.
Anywho, I digress.
It's a lovely idea to think that we will return to a time where a worker, no matter how lowly they are perceived to be on the corporate ladder, would be able to live in dignity and raise a family without depending on the state for a handout.
I'm old enough to remember a time when that was so.  Whether the school principal or the school caretaker, you were able to live on your wage.
And maybe it is time for a complete reset.  But how do we do that?
Not everybody has the ability to be an engineer or an internet entrepreneur.  Some people are really good at making vulnerable people feel safe and nurtured, who can create a pleasant environment for someone suffering - and sadly, those are skills that don't earn you the big bucks.
But should you be denied the opportunity to make a living because those skills aren't valued.  What will this mean for the hospitality industries, the aged care homes, the orchardists, the farmers?  Will prices go up?  Will business go offshore or shut up shop altogether?
Or do we create a utopian New Zealand where every Kiwi not only has the dignity of work, but is happy and valued in what they do.
Read more
00:0000:00 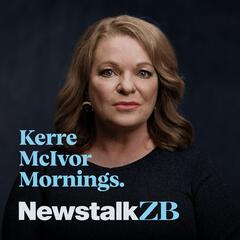