The Government has been praised for their growth plan.
The Finance Minister's announced a targeted extension to the Wage Subsidy Scheme and $3 billion  for infrastructure.
Treasury forecast the package could return unemployment to 4.2 per cent by 2022.
KPMG Head of Financial Services Bruce Bernacchi told Simon Barnett and Phil Gifford keeping people in work is critical.
"We've got forecast unemployment at just below 10 per cent, and when you have that level of unemployment, there's risks they're not going to keep their house. High levels of unemployment is not just an economic issue. It's a social issue."
Meanwhile, the Government has delivered a $400 million lifeboat for tourism. The fund will allow for various kinds of support, including a domestic tourism campaign.
Newstalk ZB Political Editor Barry Soper says he suspects there's a bit of politics involved in that decision.
"Whereas the handout for Maori, because they say they are most likely to be disadvantaged in all of this, is over $900 million. I think that's with the Maori electorate seats in mind."
LISTEN ABOVE
Read more
00:0000:00 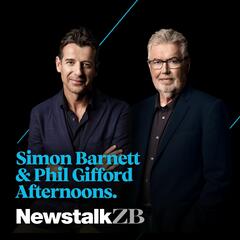