In February, it seemed like India had gotten?Covid-19?under control, with daily cases falling nearly 90% from the peak of the first wave last year.
Now, the country is experiencing the world's worst outbreak. Daily cases have been rising continuously for the past 10 days; on Monday, India reported 352,991 new cases, breaking yet another record for the highest single-day figure globally.
On the ground, these numbers translate to heart wrenching?tragedy.?Photos show grieving families dressed in full protective suits at mass cremations, performing last rites surrounded by dozens of other burning funeral pyres. Hospitals have run out of basic medical supplies, with many patients dying due to oxygen shortages. Family members are driving from clinic to clinic, frantically searching for open ICU beds for their loved ones.
The government has been scrambling to respond to the crisis, with?countries around the world?offering aid. But for now, the outbreak shows no signs of letting up, and experts warn it could get even worse.
"I'm afraid this is not the peak," said Dr. Giridhara R. Babu of the Public Health Foundation of India on Monday. "The kind of data that we see, (we are) at least two to three weeks away from the peak."
Others say India may be approaching the peak now, sooner than Babu's estimate -- but with so many ill and so few supplies available, the country will see many more deaths before the second wave subsides.
Here's what you need to know about the crisis in India.
How did it get so bad?
Cases began creeping upward in early March, but accelerated rapidly -- the number of daily cases by the end of the month had jumped six times higher than at the start of the month. That exponential rise has only continued with increasing speed and severity.
The second wave hit so much harder because?people were unprepared,?experts say. The first wave peaked in September and daily cases declined steadily in the following months; the apparent recovery seemed so successful that the country's health minister declared in early March they were "in the endgame" of the pandemic.
And the country's vaccination drive, among the world's largest and most ambitious, got underway in January.
Residents relaxed Covid-safe practices like social distancing, and authorities were looser in their enforcement. Although some states stayed cautious and made preparations for a second wave, none of it was enough -- and nobody foresaw the massive coming wave.
"No one saw the extent of the surge," said K. VijayRaghavan, principal scientific adviser for the Indian government. "As the previous wave came down, there was in all of us a feeling that this was something which had been dealt with substantially. We saw signs of a next surge, but the scale and the intensity of it was not clear."
The crisis was made worse by?a slow response?from the central government. Though some state ministers and local authorities began taking action since February, there appears to have been a vacuum of leadership within the central government, with Prime Minister Narendra Modi staying largely silent on the situation until recent weeks.
Modi finally broke his silence last week, acknowledging the urgency of the situation in an address to the nation, and launched a number of emergency measures to relieve the burden on states and hospitals. But by then, some critics say, the damage was done.
Where is it happening?
New Delhi, the national capital, has been badly hit by the second wave. The union territory of Delhi, where New Delhi is located, was placed under lockdown on April 19. The lockdown has since been extended until May 3.
Hospitals across Delhi?are reporting fatal oxygen shortages. On April 23, 20 critically ill patients died at the Jaipur Golden Hospital in Delhi after its supply of oxygen was delayed by seven hours, according to the hospital's medical director.
"Everything we had was exhausted," said Dr. DK Baluja. "The oxygen was not supplied on time. It was supposed to come...
Read more
00:0000:00 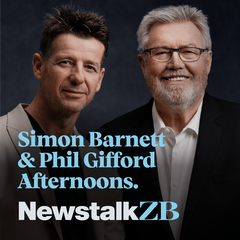