Guns N' Roses fans will know guitarist Richard Dugauy from his contributions to The Spaghetti Incident on the song "You Can't Put Your Arms Around a Memory." But what was Richard's path that led him to that moment? The first punk band in Winnipeg, friendship with Duff McKagan, Slash recommending he try out for GNR after Izzy left the band...these are just a few moments in Richard's life. We learn all about what defines Richard Dugauy.

Come along Richard's journey which continues today with brand new music. We play clips of 2 new tunes from Richard off his upcoming album "Bad Juju." In addition we check 2 other new songs sent in by AFD Show listeners. The L.A. Maybe with "She's Reckless" and Hippie Death Cult with "Black Snake." All this and much more! 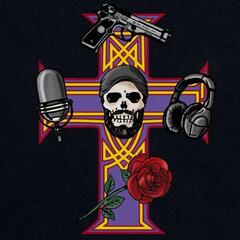