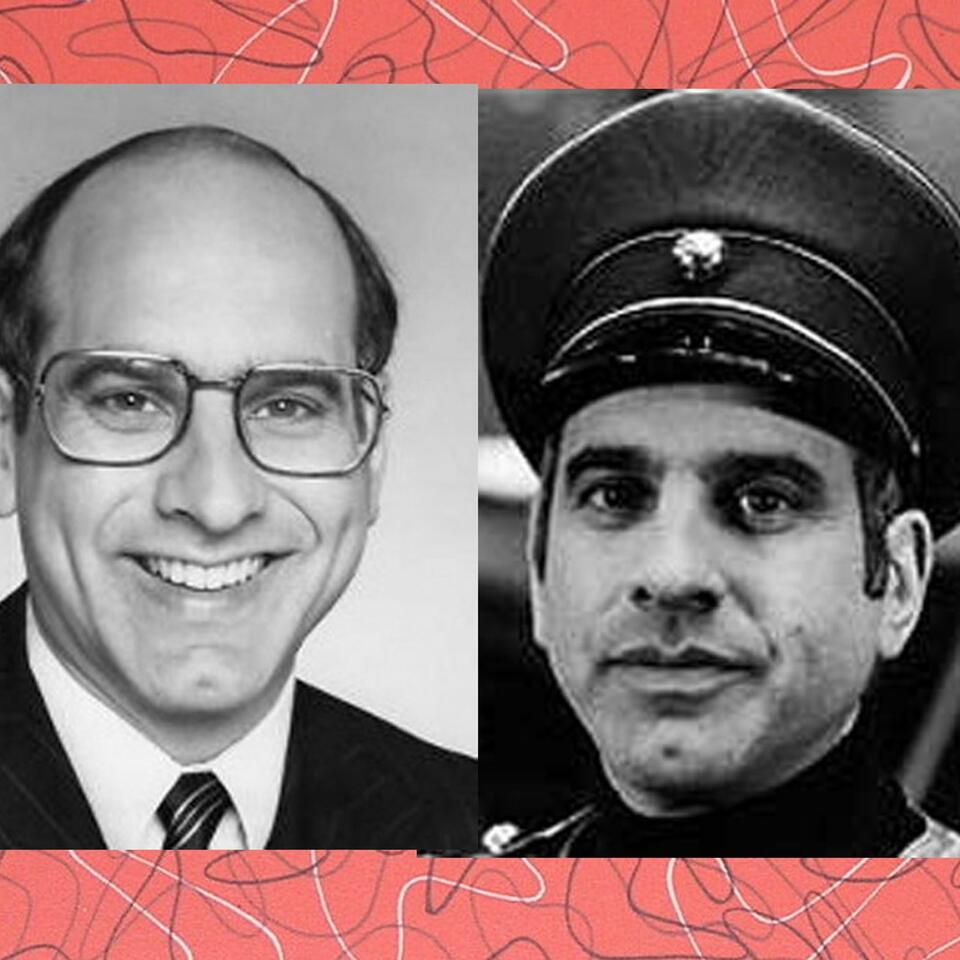 Famous interviews of baby boomers from the past including the original Mouseketeers and many of your favorites from TV of the 50's, 60's and 70's.

August 4, 2019 • 27 min
Donald John DeFore (August 25, 1913 – December 22, 1993) was an American actor. He is best known for his roles in the sitcom The Adventures of Ozzie and Harriet from 1952 to 1957 and the sitcom Hazel from 1961 to 1965, the former of which earned him a Primetime Emmy Award nomination.DeFore was one of seven children born in Cedar Rapids, Iowa, to Joseph Ervin, a railroad engineer who worked at the Chicago and North Western Transport...
Share
Mark as Played

The Unknown Comic is Murray Langston from The Gong Show

May 3, 2019 • 21 min
“The Unknown Comic” is the stage name adopted by Canadian actor and stand-up comic Murray Langston (born June 27, 1945 in Dartmouth, Nova Scotia, Canada), best known for his comic performances on The Gong Show, in which he usually appeared with a paper bag over his head. As of 2015, Langston was making his residence in Bathurst, New Brunswick, Canada.[1][2]
Share
Mark as Played

Wesley Eure from The Land of the Lost.

April 29, 2019 • 25 min
Buy my book. Shooting the Breeze With Baby Boomer Stars ! Find it on Amazon. Wesley Eure (born August 17, 1951) is an American actor, singer, author, producer, director, charity fundraiser, and lecturer. He is best known for appearing as Michael Horton on the American soap opera Days of Our Lives from 1974 to 1981, during which he also starred on the popular children's television series Land of the Lost. He later hosted the p...
Share
Mark as Played

Stan Goldman's book - Left to the Mercy of a Rude Stream.

April 7, 2019 • 30 min
I have interviewed over 100 celebrities. This next one is most important interview I have achieved. My subject is Stan Goldman who talks about his mother’s survival during the Holocaust. His book has a long sub title but reveals a good synopsis which is “The Bargain That Broke Adolf Hitler and Saved My Mother.” The real title is “Left to the Mercy of a Rude Stream.” Goldman reviews the horrors of his mother’s captivity, the impr...
Share
Mark as Played

February 10, 2019 • 26 min
Don Murray's role as Beauregard "Beau" Decker in Bus Stop (1956) marked his film debut. He starred alongside Marilyn Monroe, who played Cherie, the object of his desire. His performance as the innocent cowboy who is determined to get Cherie was well received, and he was nominated for a BAFTA for Most Promising Newcomer and for the Academy Award for Best Supporting Actor.

In 1957, he starred as reserved, married bookkeepe...
Share
Mark as Played

November 30, 2018 • 39 min
CLICK ON LINK ABOVE TO HEAR MY INTERVIEW WITH DONNA:
Donna Loren (born March 7, 1947) is an American singer and actress. A prolific performer in the 1960s, she was the "Dr Pepper Girl" from 1963 to 1968, featured female vocalist on Shindig, and a cast member of the American International Pictures Beach Party movie franchise. She was signed to Capitol Records in 1964, releasing several singles and the Beach Blanket Bingo LP s...
Share
Mark as Played

November 11, 2018 • 28 min
Click on above to hear my interview with Glenn. Glenn Christopher Scarpelli (born July 6, 1966) is an American former child actor and singer. He is perhaps best known for his role as Alex Handris from 1980 to 1983 on the sitcom One Day at a Time.
Share
Mark as Played

July 29, 2018 • 34 min
Born in Los Angeles, California, Rudie became an overnight star, in 1956, with her performance in the title role in the episode "Eloise" on television's Playhouse 90. It brought her critical acclaim, much press coverage, and an Emmy nomination at age six—the first time a child actress was so honored. She returned to Playhouse 90 the following year, portraying the young Perle Mesta in The Hostess with the Mostest.[citati...
Share
Mark as Played

July 16, 2018 • 21 min
Her book is...HOW NOT TO COOK FOR THE REST OF YOUR LIFE. Marilyn Sternberg was born in Manhattan on February 26, 1943 to Russian émigrés: Cantoress and actress Fraydele Oysher and father Harold Sternberg, who was a senior basso with the Metropolitan Opera for 37 years. Her uncle was the cantor and film actor Moishe Oysher.

Marilyn began performing with her mother at age 7 on the Yiddish stage and throughout Canada. At 14, she was so...
Share
Mark as Played

Pat Priest. She was Marilyn in The Munsters.

April 16, 2018 • 58 min
Chris Korman (producer) The son of beloved comedian Harvey Korman, Chris has fifteen years experience in the entertainment industry, working with artists in various capacities, including brand building and agenting. A graduate of Lesley College in Cambridge, MA, where he studied theatre history, he received training in stage management at Colorado Mountain College under Thomas Cochran. Following in the tradition of his father, Chri...
Share
Mark as Played

April 11, 2018 • 23 min
Peter Mark Richman (born April 16, 1927) is an American actor who has starred in films and on television, who was for many years credited as Mark Richman. He appeared in over 30 films and over 130 television series since the 1950s
Share
Mark as Played

April 1, 2018 • 27 min
Joyce Collins Bulifant (born December 16, 1937) is an American television actress, notable for her cheerful, girlish voice with a Southern lilt. In addition to many theater appearances and a recurring role on The Mary Tyler Moore Show as Marie Slaughter, Bulifant was a frequent panelist on the television game shows Chain Reaction, Match Game, and
Share
Mark as Played