Andrea received training in songwriting under the guidance of her cousin Alan Menken, the Oscar-winning composer of such Disney classics as Beauty and the Beast and Aladdin.

Her new song "Inner Fire", released October 1st, co-written with Natalia Bortolotti (Warner/ Chappell) and produced by SR (Randy Jackson), is inspired by the sounds of Sia, Ellie Goulding and Adele, among others. She recently signed to independent record label Love Harmony Music and to management firm Creative Music Agency.

Additionally, Andrea has recently had her music licensed by the Discovery Network, which includes prominent partners such as TLC and the Oprah Winfrey Network. It was also licensed by the PBS Series “RoadTrip Nation” and with Magical Elves, which is known for its production of "Top Chef".

Music has always been front and center in Andrea’s life. After receiving a Bachelors in Music degree (with an Emphasis on Composition), she hit the road and became the keyboardist/singer of a cover band playing the California and Nevada casino routes. After years of playing in other people’s bands, and playing other people’s music, she took the bold and courageous leap that all who aspire to follow their heart must do. She launched her solo career and fearlessly ran to her destiny.

Andrea moved to Seattle in 2012, where she quickly formed a band and further developed her sound and writing style with producer Martin Feveyear (Presidents of the United States of America, Kings of Leon, Mudhoney), to local acclaim. Myseattlenightout.com called her Seattle's "indie pop sweetheart,” and Seattle Wave Radio noted that "her career is already off to a fast start, and we expect to see a lot more of this amazing young artist." The band made it to the finals in local competitions, participated in radio interviews, and played around the city from the Crocodile to the Showbox.

In 2013 Desmond was signed to indie label Spectra Records, where she released the EP Open Spaces, and was nominated for “Best Singer” in the Shorty Awards. Additionally, her song Run won Best Singer/Songwriter for the Akademia Music Awards and first place in the Eco Arts Awards: Songs of Freedom Competition.

This led reviewers, such as Music News Nashville to say, “In my mind she is a musical triple threat. She’s got a good look, she can write music/play piano, and she’s a great singer. It’s impressive how well her vocals at times shift from classical to even soulful. This reminds me of Adele, Lily Allen, Jessie J. and Imagine Dragons. Desmond is a captivating composer and singer within her own right.”

Looking to further pursue her career, Andrea moved to Los Angeles in 2014, where she began performing frequently at the House of Blues, and ended up connecting with John 'Sly' Wilson, songwriter of Justin Timberlake's Billboard hit "Suit and Tie" for advice on the industry. From being a piano/vocal teacher and songwriting coach, to an assistant to a composer working on an upcoming PBS TV show, she began building a musical foundation within the L.A. area.

Most recently she has released her latest single "Inner Fire", which represents a new era for her sound as a pop/top 40 artist. Her debut show for the new song was opening for VIPs of the House of Blues Anaheim at the Regina Spektor Concert. She was also featured in an interview on the single with I HEART RADIO and KISS 107.7 FM.

​When one hears Andrea for the first time, it takes the listener from despair and delivers them to a culture of hope. Her music, along with a sweet and compassionate smile, combined with her angelic voice, reminds the listener of good times while taking them to another dimension.

​Or simply, as Indie Shark Reviews acclaims, “She seems a likeable, genuine, and all around kindhearted person. Sometimes a good heart and a nice voice is all it takes to reach the next level. Her future is bright and full of potential.”
Read more
00:0000:00 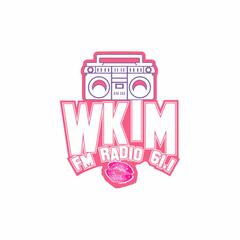