Sky TV has reported a net loss of $156.8m for the year to June 30, including a non-cash impairment of goodwill of $177.5m - but raised its guidance for FY2021, saying the faster-than-expected return of sport will see a return to net profit, and at a higher level than it previously forecast.
Sky shares fell about 8 per cent to 15.3c as the NZX opened, partially reversing sharp gains made over the past two trading days.
Net profit excluding the write-down was $20.7m.
Ebitda was $164.2m, at the midpoint of revised guidance issued in May.
Revenue decreased 6 per cent to $747.6m, at the upper end of revised guidance issued in May, as a 35 per cent increase in streaming revenue was not enough to offset a 6 per cent decline in the company's larger pool of satellite revenue.
The pay-TV broadcaster forecast it would be back in black for its 2021 financial year, with a net profit of $10m to $20m and $125m-$140m ebitda on revenue in the range of $660m to $700m. The numbers were all ahead of Sky's initial 2021 guidance, issued in May, which had assumed a gradual return of sport from January.
There was no full-year dividend, as previously flagged, but management commentary with today's result said, "The Board currently intends to reinvest available free cash flow during FY21 and will re-evaluate the commencement of dividends following the completion of that period."
Total subscriber numbers for 2020 increased 27 per cent to 990,000, in part due to Sky's purchases of the Lightbox and RugbyPass streaming services, but average revenue per user dropped.
The number of streaming customers increased 153 per cent from 160,000 to 404,000 - albeit with 52 per cent of its entertainment streaming subs accounted for by a wholesale agreement with Lightbox's former owner, Spark, which runs through to January next year.
Sky broke out an average revenue per month figure for its streaming customers for the first time - $19.80 versus the $82.08 spent by the average satellite customer.
That was reflected in streaming's modest contribution to Sky's accounts. Streaming contributed 8 per cent of total revenue, up from 5 per cent in 2019.
There had been a small decline in streaming numbers from May to June due to Sky losing some of the "sugar-hit" subcribers that Neon received during the March and April lockdowns, and not all Spark customers who were paying for Lightbox signed up to the merged Lightbox-Neon platform, CFO Blair Woodbury said.
On a conference call, chief executive Martin Stewart said only 8 per cent of satellite customers cancelled their sports package as Covid hit. Damage was limited by free entertainment channels being used as a loyalty incentive. A "majority" of those who cancelled Sky Sport had now re-subscribed, Stewart said.
Despite the generally bullish comments around streaming and the less-bad-than-anticipated sports outlook, the value of RugbyPass was written down by $27.5m to $11m on ongoing uncertainty about the global game. Sky bought the international streaming player in November last year in a deal worth up to US$40m including a potential US$10m earnout in 2022.
RugbyPass's former owner claimed around 20,000 paying subs. Sky has not broken out a paid sub number.
A $3.2m provision was also made a potential holiday pay issue. The fourth quarter also saw a $7m in one-off redundancy costs.
Sports rights renegotiated
Stewart said the impact of Covid was mitigated by a $9m saving from renegotiating sports rights, and $9m saved from production costs as various local sports events were scrubbed, and around $4.5m from cuts to executive remuneration. Sky was also able to screw its satellite provider down to a better deal after delays to the launch of its next-generation "bird".
The chief executive said there could be further clawbacks from contracts, following overseas precedents, if Covid had further impact on sports coverage in the months ahead.
Second impairment
Sky's 2019 full-year result also featured a major write-down as the com...
Read more
00:0000:00 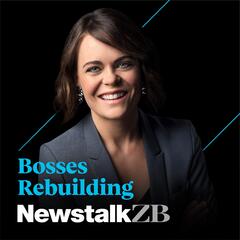