First, we had Bosses in Lockdown, and then we had Bosses Rebuilding.
Now, it's coming to the end of this crazy, crazy, year and we thought it would be great to touch base again with some of the Kiwi bosses we spoke to earlier this year.
It was mid-May, during level three, that Eden Park's Nick Sautner told us his industry was in a bad place.
He joined Heather du Plessis-Allan on Bosses Rebuilding to look at where the industry is now.
LISTEN ABOVE 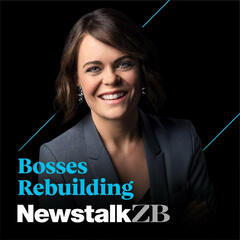