Richie McCaw has been fan-voted the men's 15s player of the decade, while Black Ferns flyer Portia Woodman has won two individual awards at World Rugby's decade-ending event.
Woodman has been named women's sevens player of the decade on fan vote, while her 2017 World Cup try against the USA has got nod for women's 15s try of the year.
Woodman has also been named to the women's 15s rugby team of the decade voted by former players and media alongside Kelly Brazier, Kendra Cocksedge, Linda Itunu, Eloise Blackwell and former skipper Fiao'o Fa'amausili.
In addition to his individual award, McCaw is in the men's 15s team of the decade alongside Owen Franks, Sam Whitelock, Brodie Retallick, Dan Carter, Ma'a Nonu and Ben Smith.
Whitelock told Elliot Smith that while it isn't a goal to make these lists, it is very humbling to be named.
"To be named in a squad like that is pretty impressive when you look at the guys that have also been named."
LISTEN ABOVE
Read more
00:0000:00 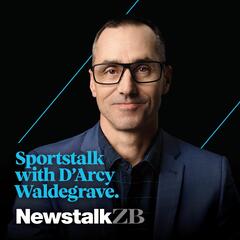