The West Australian Premier’s demand the federal government use its own facilities for Covid-19 quarantine has been harshly dismissed, but it has agreed to slash the number of Australians returning to Perth.
Mark McGowan has previously taken aim at the Commonwealth over the issue, saying it had abrogated its responsibility to take care of quarantine, leaving the states to bear the burden, including the cost.
He reiterated his views on Saturday and again on Sunday in the midst of a three-day snap lockdown, sparked by a person who went to India for a wedding then passed it onto a Victorian man while they were quarantining at the Mercure Hotel in the Perth CBD.
Confirmation of the Victorian man’s case came after he had flown home to Melbourne.
He had spent five days out in the Perth community, during which time he infected a friend with whom he went to a restaurant, where another man contracted the virus.
There were no new locally-acquired cases confirmed on Sunday, but a man in his 50s tested positive in hotel quarantine after returning from India.
Mr McGowan said he was at the “end of his tether” at the lack of federal government help with quarantine, reiterating his previously expressed view there were various Commonwealth facilities that would be more suitable.
But in a statement on Sunday, a federal government spokesman shot down Mr McGowan’s demands, saying venues such as the Christmas Island detention centre and defence bases were simply unsuitable for quarantine.
“Defence bases are operational facilities and the risk to critical defence personnel is not acceptable,” he said.
“Defence bases also generally feature austere accommodation facilities with shared dorms and bathrooms making them unsuitable for quarantine purposes.
“In many cases, these facilities are not close to health and intensive care services.”
He also said Australia’s immigration network was at capacity, with individuals in detention including many the nation was seeking to deport back to their home countries after they committed serious crimes including sexual assault.
“Not only are the facilities at capacity, but it would inappropriate and logistically difficult for Australians to have to live alongside such individuals,” the spokesman said.
Defence Minister Peter Dutton dismissed Mr McGowan’s call on ABC Insiders on Sunday.
“There are eight or nine hotels that are working perfectly fine in WA at the moment,” Mr Dutton said.
He also said the Premier had “made a mistake with the Mercure Hotel” and “doesn’t want to be the next Dan Andrews”.
After those comments, Mr McGowan was asked by a reporter: “Why do you keep pushing ... when you know they won’t give in?”
“We keep pushing it because it is actually their responsibility and they do have facilities built for this purpose,” the Premier replied.
“I’ve lived in some of those defence facilities.
“I know what they’re like. Many of them were built with this in mind.
“When everyone pushes back against Christmas Island, just remember ... the Commonwealth used it in March and April last year for people coming back from Japan and China.
“So all I’d say is, look, it should be a joint effort here.”
Mr McGowan said the federal government wanted “to push it to the state and blame the state if anything goes wrong”.
He also revealed the Commonwealth had agreed to his call to halve the number of returning Australians into Perth, reducing the intake to just over 500 per week from Thursday.
Mr McGowan said he refused to return to current levels.
“We’ll advise the Commonwealth that we will not go back up to over 1000 per week because our system is put at too much risk when that occurs,” the Premier said.
“Especially when we learn that many of the people who are COVID positive are people who left Australia recently and went to COVID-laden countries.
“I’m just not copping that.”
Mr McGowan was scathing of the person who went to India for a wedding.
“It’s not OK,” he said.
“If you want to go overseas, it should be for o...
Read more
00:0000:00 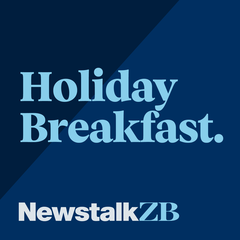