The All New Dennis Miller Option

Dennis chats with Mollie Hemingway of The Federalist and Fox News to discuss the passing of Ruth Bader Ginsburg, whether President Trump will have enough time to nominate a replacement before the election, and if the bigger issue is whether it will be considered politically advantageous to wait until after the election. Mollie wonders whether or not the person who wins the presidency will actually get to be president the next four years

They also discuss the treatment of Brett Kavanaugh during his confirmation hearing, the front-runner to replace Ginsburg, Amy Coney Barrett and how likely Trump is to pick Barbara Lagoa from the Florida Supreme Court and more!

Then, Dennis talks to Lindsey, Christian and Stemper about the passing of Chicago Bears great Gale Sayers, Ed McMahon drunk on The Tonight Show, the Sean Connery movie "Medicine Man", the HBO films "Barbarians at the Gate" and "RKO 281", sending a message to Chris Jericho and shares a story from high school.

This episode is brought to you by our sponsor: 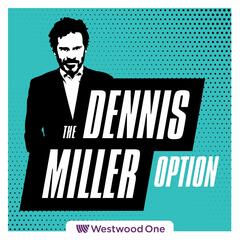