John "TIG" Tiegen was on his third trip to Benghazi, Libya for the CIA's GRS when the attack of September 11, 2012 occurred. TIG was part of the CIA annex security team that responded to the terrorist attack on the US Special Mission. He directly saved the lives of many on his team, and was paramount in saving over 2 dozen lives while fighting off terrorists from the US Special Mission and the CIA Annex for over 13 hours. TIG received the Award For Heroism and Valor in recognition of his bravery.

He is the co-author of 13 Hours along with members of the Annex Security team and NYT's best-selling author, Mitchell Zuckoff.

He also consulted on the movie 13 Hours The Secret Solders of Benghazi, and helped with the set design and the movie script.

He could have walked away from his work after that night. He could have turned his back on the country he feels betrayed by - but instead he returned to work, and continues doing his part to serve others.

Today TIG and his wife - also a veteran and a former contractor - run Beyond the Battlefield, a non-profit organization designed to help veterans struggling with the aftermath of combat.
Read more
00:0000:00 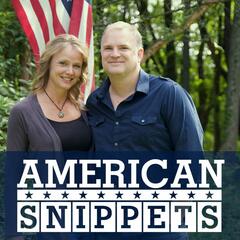