Jack Tame: The art of the interview - Between Two Beers Podcast

Jack is one of the most talented people we’ve met. He was described to us by one of his colleagues as journalism’s Swiss Army Knife – a guy that does it all.

He’s been a Breakfast host, a 6pm newsreader, he hosts one of NZ’s biggest radio shows on Newstalk ZB, is a columnist for the NZ Herald, has moderated live election debates, now hosts TVNZ’s Q and A and has seen more, and experienced more of the world – than any 35-year-old we know.

In this episode we talk about how he was given Paul Holmes’ radio job on ZB at the age of 25 with no radio experience, *That* interview with Winston Peters where Jack was called James – about 10 times, the time he was recording live TV while fearing for his father's life, dancing with Beyonce, going to a Les Mills grit class with Lorde, flirting with Ann Hathaway, covering Trump, why he left Breakfast TV, the things you don’t know about Mike Hosking and so much more.

Jack is such a slick operator, it made this chat so much fun. This was one of our favs, I know you’ll enjoy it.

2.50: Steven’s embarrassing correspondence with Jack Tame and a deep dive in some Worldle chat

8.51: Jack on the Late Night Big Breakfast: communication with Leigh Hart and the genius of Jason Hoyte

19.55 Taking over from Paul Holmes on the Newstalk ZB Saturday morning show from the USA

30.14 Reflections on Paul Holmes and the brilliance of Mike Hosking

37.15 How do you judge your success? Ratings and validation

57.22 Q+A: the art of active listening and the work behind the camera

1.08.46 Starting out on One News while still at school

1.11.28 Reflections on being the US Correspondent for TVNZ

1.27.30 Interactions with celebrities: flirting with Miley Cyrus and Anne Hathaway

1.39.41 The gruelling nature of Breakfast television

1.51.24 Marshawn Lynch and the Steven Adams come up 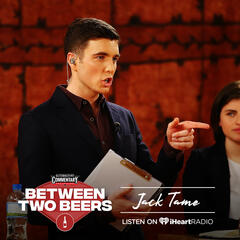