Kendra Cocksedge: I'm not done yet - Between Two Beers Podcast

Kendra Cocksedge is the most capped Black Fern of all time and their record point scorer who recently announced her retirement from rugby after a stellar career.

In 2019 she became the first female player to win the Kelvin R Tremain Memorial Trophy for New Zealand rugby player of the year. She was also recognised by World Rugby as the International Women’s Player of the Year in 2015 and was named as part of the World Rugby Team of the Decade for the 2010s.

Growing up playing with boys in Taranaki from the age of four, Kendra turned away from a promising cricket career when she was called up by the Black Ferns in 2007 and learned valuable lessons from nine years sitting on the bench. Eventually, she rose to the very top of the game leading the haka in Christchurch in front of her proud parents and enjoying a fairytale end to her domestic rugby career. But Kendra is not done yet, with one more World Cup assignment ahead of her.

This episode was in paid partnership with Rexona NZ, with Kendra charting her experiences in overcoming barriers along her journey in association with Rexona NZ's #NotDoneYet campaign.

25:52: A fairytale finish to a Canterbury career

41:34: The cricket career that could have been

59:36: The changing perceptions of women’s rugby 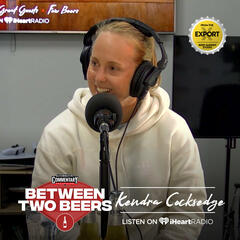