Leigh Hart: A comedy of errors - Between Two Beers Podcast

In this episode we separate fact from fiction surrounding Leigh’s unbelievable childhood in Peru, We recount his first appearance on SportsCafe as a professional snail racer, the reason he left Bhuja, the best stories from the Bermuda Triangle, the secrets behind Late Night Big Breakfasts’s success, his plans for the future and so much more.

1.52 Wakachangi in can, promoting Between Two Beers glasses, and a couple of Leigh Hart super fans out themselves

9.54 Fact or fiction: Growing up at the top of the Andes in Peru?

17.12 A brief summary of post-Peru Leigh takes us to the early stages of his TV career

24.17 The Snail Racer and Sports Café

33.48 The importance of Ric Salizzo

38.30 Brent Spillane: The man behind the camera

42.55 Behind the scenes of some of the Sports Café classic segments

54.05 Was the Bermuda Triangle episode of Mysterious Planet the basis of the script to The Hangover?

1.20.45 How an idea evolves: The Hamsterman from Amsterdam

1.38.27 Reflecting on the Alternative Commentary Collective

1.51.43 The Wakachangi story with a bit of Snackachangi, Arty D, and Hellers sausages

2.01.17 Looking back over 25 years of comedy and looking forward to what the future might hold 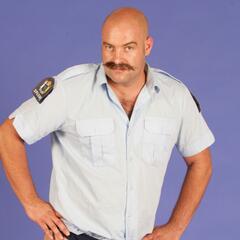