Mark Richardson: The man behind the act - Between Two Beers Podcast

Mark Richardson was a test batsman, who has gone on to become one of New Zealand’s most sought-after broadcasters.

He’s one of New Zealand’s best cricket commentators who's also been a host of the Crowd Goes Wild, Radio Sport breakfast, the Block, the AM Show and The Project.

In this episode we talk about dealing with fame, arguing with Jacinda Ardern on live TV, his grumpy man persona on the Crowd Goes Wild, the full story of *that* viral video where Stephen Fleming 'abuses' him, his slowest-loser running races after tests, his over-the-top celebration after taking his first, and only, test wicket, the realities of working on Breakfast TV, if he believes everything he says and much, much more.

This was a lot of fun and we had a ton of laughs across this one. Mark is such a complex, interesting, entertaining character and I hope we were able to showcase some of the ‘real’ Mark Richardson here.

1.28 Is Mark Richardson a podcast guy?

2.30 The time he and Grant Elliott nearly got beaten up on a golf course in Queenstown

23.37 THAT interview with Stephen Fleming

31.02 Charting the broadcast journey: From CGW to The Block

53.56 “The best seat in the house”: watching Duncan Garner at work

1.02.22 The transformation into an opening test bat with help from Lance Cairns

1.28.48 The mental strain of being Mark Richardson the international cricketer 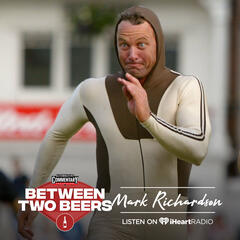