On this episode we’re re-winding the clock nearly two years to September 23, 2020, when we sat down with Alternative Commentary Collective boss Mike Lane.

Lane was Between Two Beers’ first big ‘get’. Up untill then, we’d been a relatively niche football podcast, but this chat inspired us to broaden our outlook. Lane is a world-class storyteller and this was one of our most memorable episodes.

In it we talk about the worst things the ACC have said on air, what it was like managing Matt Heath, Jeremy Wells, Leigh Hart and Jason Hoyte, what really happened when the ICC booted Lane’s commentary team from the Cricket World Cup, battling and beating cancer, men’s mental health and the future of sports broadcasting in New Zealand.

2.04 How Seamus and Steve know Mike

3.43 Carol from Waldronville complains about an Alternative Commentary Collective story during the Lions tour

11.02 What’s the worst thing ever said during an ACC broadcast?

17.00 When the ACC had their media accreditation removed by the ICC during the cricket world cup

56.30 Back to St Paul’s with Dan Vettori and Jeremy Wells

1.25.08 Working in Abu Dhabi: Formula 1, the FIFA Club World Cup, and Snoop Dogg (with a great interlude about Paul the Saffa and FIFA HQ)

2.02.50 What is the future for the ACC and for broadcasting in general?

2.16.55 Last bits and pieces: Are the WAGs friends with each other? Media influences growing up? Champagne Rugby, and do you trim your downstairs? 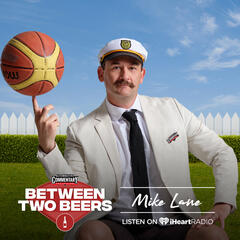