Shane Cameron: The real story of The Mountain Warrior - Between Two Beers Podcast

In this episode we talk about Shane's upbringing in the tiny town of Tiniroto and why he left school at 13, his epic training camp with Mike Tyson in Arizona – and what it was like to fight the baddest man on the planet, we talk about THAT fight with David Tua, when and why it turned personal, the heartbreak, the aftermath and their relationship now, his unlikely appearance on Dancing with the Stars and how he cut 16 kgs in three months to fight Danny Green.

1.49: Lamb in the slow cooker, Instagram content, being in the best shape of your life at 44, and where you were for The Fight of the Century

6.51: Growing up in Tiniroto: a pub and a school, shepherding, and leaving school at 13

22.40: Sparring with the ‘Baddest Man on the Planet’: three weeks with Mike Tyson

33.53: Thoughts on Tyson coming out of retirement and the rise of YouTube fighters

44.49: The aftermath of The Fight of the Century

51.15: Cutting weight for the Danny Green fight and redemption against Monte Barrett

55.33: Putting yourself in uncomfortable positions: Dancing with the Stars

58.52: Living on a rice and coconut diet on Celebrity Treasure Island 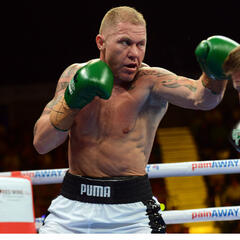