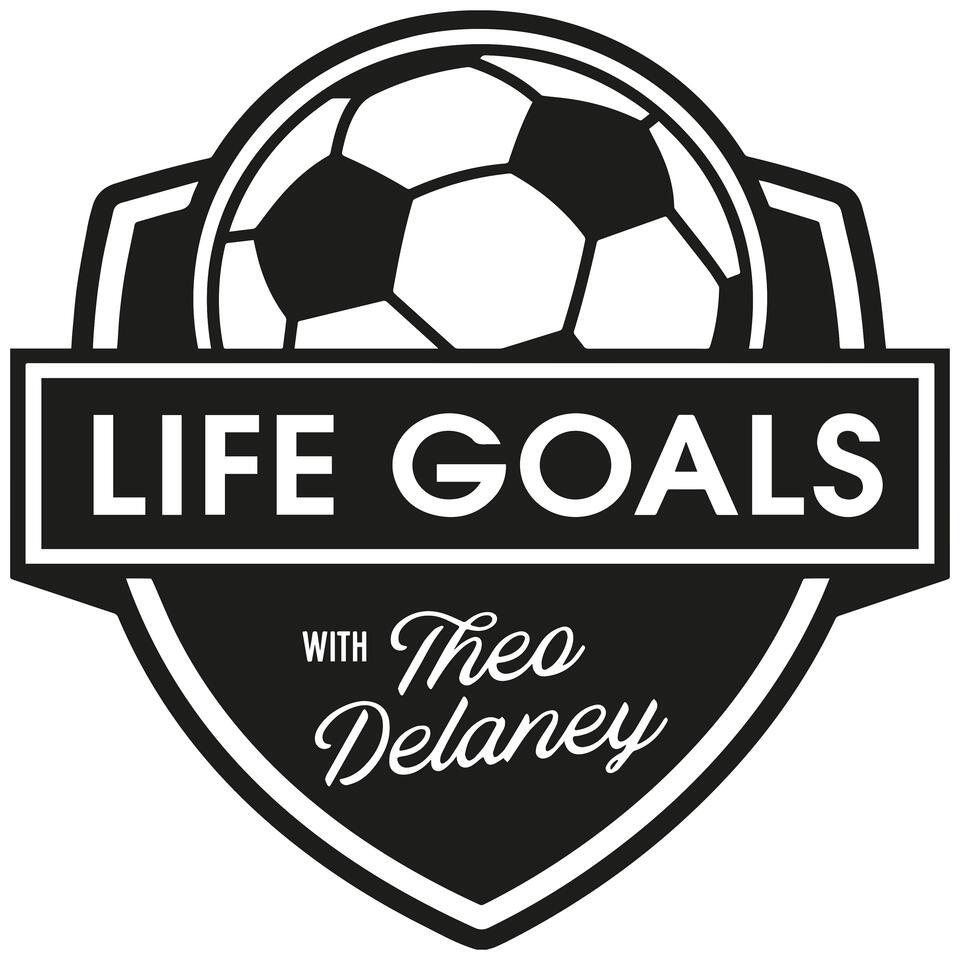 Every football fan knows it's the goals that really stay with you such is their juddering emotional impact. In Life Goals well known football fanatics re -live the eight defining goals of their lives with host Theo Delaney and reflect on what was happening at the time as it all comes flooding back. Like a good football match it veers from the poignant to the euphoric

November 29, 2021 • 79 min
Theo Delaney’s guest is the affable Mike Parry who made his name in newspapers before switching to radio and playing a key role in the genesis of Talksport. He remains a familiar voice and face over the airwaves and along with his eight chosen goals come memorable tales with cameos from Rod Stewart, Alan Brazil, Joe Cole and more. Cole features among his chosen scorers along with several who wore the blue of his beloved Everton lik...
Share
Mark as Played

November 23, 2021 • 50 min
Skids front man and creative polymath Richard Jobson continues to relive the goals of his life with Theo Delaney who is regaled with tales from the music business and beyond. Goals from Thierry Henry and Lionel Messi feature and the love of the beautiful game is profuse.

November 22, 2021 • 57 min
Theo Delaney’s guest is Richard Jobson, the lead singer with The Skids and a film director, writer, actor and model to boot. In a wide ranging conversation he talks of his fondness for Celtic, Scotland, Arsenal and St Pauli and friends and acquaintances like Lou Reed, John Lydon, Ian Curtis and Patti Smith. Among his chosen scorers on this, part one of two, are Kenny Dalglish and Diego Maradona.

November 15, 2021 • 75 min
Theo Delaney’s guest is Brian Barwick OBE whose long and illustrious career has included stints as head of sport at both the BBC and ITV and Chief Executive of the Football Association. His lifelong devotion to Liverpool FC is entertainingly documented in his new book ’60 Years A Red and Counting’ and among his chosen scorers are Dalglish, Owen, Gerrard and Salah.

November 8, 2021 • 74 min
Theo Delaney’s guest is ITV’s lead football commentator Sam Matterface who is also a regular on Talksport. Sam grew up immersed in football in a Chelsea-mad family and was determined to be a commentator from the age of fourteen when he started working in hospital radio. He provides fascinating insight into the commentator’s craft and the pressures and adrenelin rushes of bringing England games to audiences of up to 28 million. Amon...
Share
Mark as Played

November 1, 2021 • 53 min
Theo Delaney’s guest is top football broadcaster Kelly Cates of Sky Sports and BBC Five Live. As the daughter of the great Kenny Dalglish she grew up immersed in football and is a Liverpool fan despite her impeccable on-air impartiality. She talks about growing up with a superstar Dad, learning her trade at a nascent Sky Sports News and coping with the vagaries of VAR on live TV. Among her chosen scorers are Gazza, Kanu, Kompany an...
Share
Mark as Played

October 25, 2021 • 58 min
Tony Cascarino, the former Irish international Centre who is a columnist and broadcaster with The Times and Talksport, continues to relive the goals of his life with Theo Delaney including a couple of his own and a sickener from Gary Lineker. We also learn about his emotional bond with Ireland, the quirks of Teddy Sheringham and why some managers are chickens.

October 24, 2021 • 49 min
Theo Delaney’s guest is Tony Cascarino, the former Irish international who counts Aston Villa, Celtic, Chelsea and Marseilles among the clubs he scored goals for. Following his retirement he released ‘Full Time - The Secret Life of Tony Cascarino’ which remains one of the most acclaimed football autobiographies and he has been a Times columnist and Talksport regular ever since. In this, part one of two, he talks about his sometimes...
Share
Mark as Played

October 17, 2021 • 75 min
Theo Delaney’s guest is the writer Musa Okwonga who has had no fewer than three critically acclaimed books published in 2021. ‘One Of Them’ is about his days at Eton, ‘In The End It Was All About Love’ is a semi autobiographical novel set in Berlin where he lives and ‘Striking Out’ is a novel aimed at 10-14 year olds co written with broadcaster and ex England forward Ian Wright with whom Musa he does the weekly podcast ‘Wrighty’s H...
Share
Mark as Played

October 11, 2021 • 45 min
This is part two of Theo Delaney’s conversation with comedian and Leeds United devotee Maisie Adam. We learn of her adoration of Marcelo Bielsa’s Leeds side, she relives Euro 2020 and saves some love for her local side Brighton and Hove Albion. And the Eurovision Song Contest.
Share
Mark as Played

October 10, 2021 • 45 min
Theo Delaney’s guest is super-smart comedy star Maisie Adam, a familiar face on the TV panel shows and on the comedy circuit. Maisie talks of her lifelong love of Leeds United and tells Theo about her rapid rise in comedy. Among her chosen scorers in this, part one of two, are Alan Smith, Robbie Keane and David Beckham.
Share
Mark as Played

October 3, 2021 • 51 min
Theo Delaney’s guest is the author and Financial Times columnist Simon Kuper whose new book ‘Barca - The Inside Story Of The World’s Greatest Football Club’ is the definitive tome on the Catalan institution. He makes a connoisseur’s selection of goals allowing him to ruminate on how Johan Cruyff invented modern football and how Dolly Parton reminds us of its importance. Scorers include Iniesta, Neeskens, Mbappé and Lineker.

September 27, 2021 • 38 min
Part two of Theo Delaney’s conversation with the enthralling Alyson Rudd of The Times and Sunday Times. One of the finest sports writers of her generation she is also a critically acclaimed novelist. (Her latest book ‘Eleven Lines To Somewhere’ is out in paperback shortly). Among the scorers here are Gerrard, Alonso and Allison.