Rush: You may have heard that the Big Ten conference announced some time ago they weren’t gonna play college football this year. You know why? Well, I don’t want to make anybody mad, but there was a lot of fear, lot of fear. The virus, how we gonna control it. And there was so much pressure.

There was pressure from the coronavirus task force, pressure from Dr. Fauci, pressure from Dr. Birx, pressure from everywhere. “Don’t do it. Don’t do it.” But not everybody decided not to do it. The National Football League decided to play. I mean, they never decided not to. The National Football League never wavered during this entire year. They were going to start their season. There were some adjustments when it was scheduled to start. There was no preseason this year, and there were a lot of adjustments made. There was no preseason travel, there were no joint practices, but the season started on time this past weekend.

For the rest of today's transcript, click here: https://www.rushlimbaugh.com/daily/2020/09/16/the-big-ten-trump-and-the-push-back-against-chickification/ 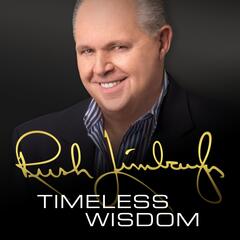