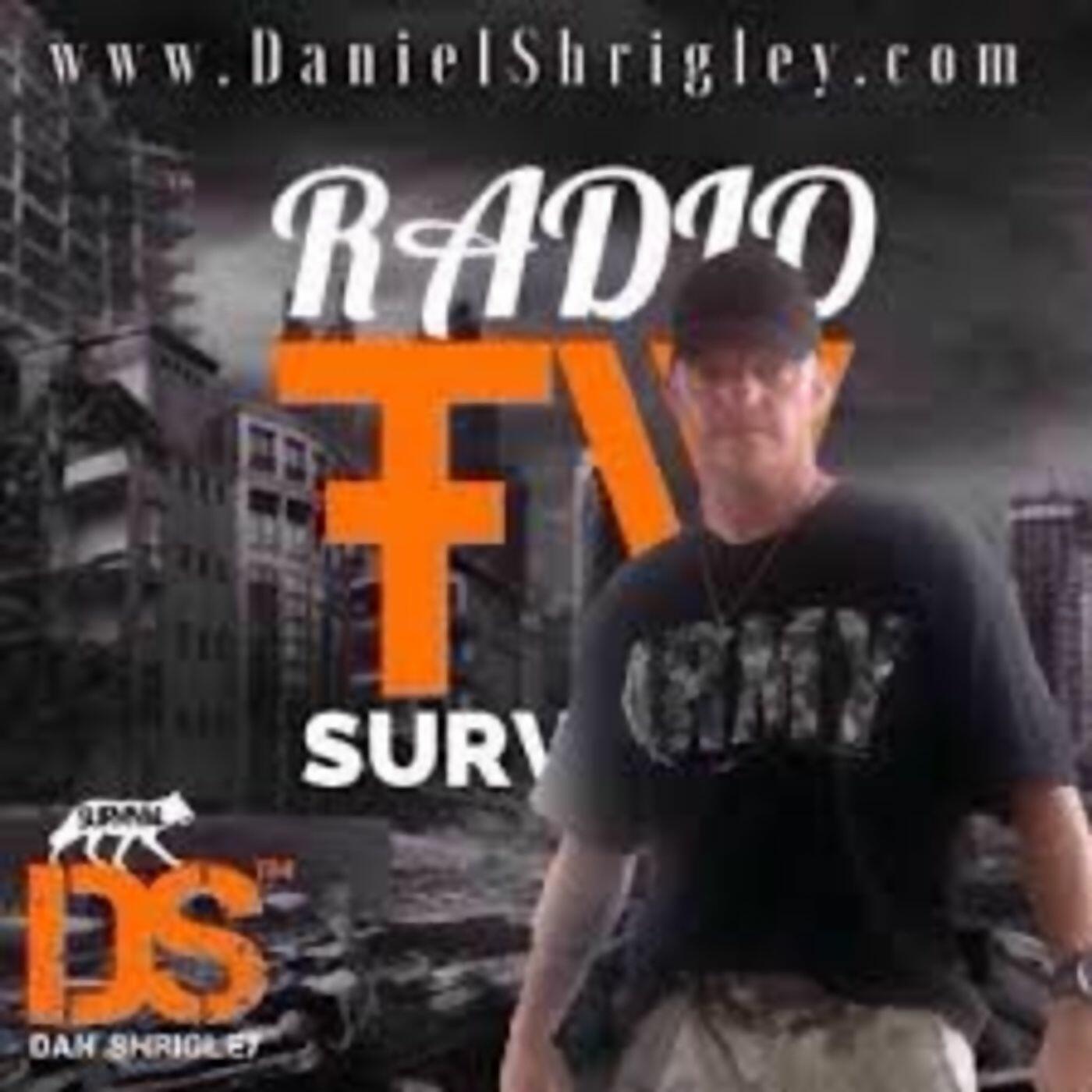 Ranked in the worlds TOP of BEST Survival Experts. Daniel Shrigley uses the radio platform to teach, coach and mentor publicly about critical skills needed in full spectrum survival. From risk mitigation and safety management, primitive survival skills, modern sciences in the current age. He discusses proper preparation and planning for wilderness activities. Preparation for self-reliance and the psychology of survival. Bring focus to the priorities, fundamentals and education needed to thrive in a survival situation. Dan expands on a persons own creativity combined with education to deliver the best possible outcome when in a true real world survival situation. He offers tips and tricks obtained over a space of 30+ years. He is a 18 year combat military service veteran. 42 months of combined service in hostile conflict deployed in battle with the US Army as a 19D24 Non-Commissioned Officer. He is a advanced leadership Academy trained professional expert with, military tactics, weapons and chemical, biological, radiological and nuclear warfare (CBRN) and served as an adviser to his military chain of command. He is an expert; educator, mentor, coach, public figure in the survival services industry and recognized globally. Dan posses a common core value on subject matter related to this platform that exceeds that of any other published or broadcast-ed. Dan is the creator/host of Survival Trek Escape and other outdoor survival and adventure film projects. He is the Field Producer for Capriole Productions Inc., providing survival and safety services and advisory roles. Dan worked for six years in public safety for Personal Protective Services Inc., Intervention Agency Inc.. Combating high crimes and misdemeanors on the streets of the San Francisco Housing Authority Projects, Oakland Low Income and contracted properties as an Armed Patrolman.

July 6, 2018 • 32 min
Discovery Channel has ordered a new survival competition series titled Ultimate Ninja Challenge, which is set to premiere in August. The show will throw nine contestants from all walks of life into the brutally cold Pacific Northwest wilderness, where then they must complete eight missions based on the ancient laws of the Ninja.

The 24-day survival challenge will include missions like traversing frigid swamps, surviving overnight on...
Share
Mark as Played

The Psychology Of Survival

Evaluate And Treat A Casualty

January 24, 2014 • 31 min
Survival story about an Alaskan plane crash and how they survived using primitive methods.
Share
Mark as Played

January 9, 2014 • 122 min
In survival mode knowing what to do when lost, stranded or worse can mean the difference from life or death. Dan talks about the things you need to know to save your life.
Share
Mark as Played

December 4, 2013 • 85 min
What is survival? Dan talks about what it takes to survive situations, the untrained person would die in typically. Dan shares information that if applied will improve your odds and could save your life.
Share
Mark as Played

November 10, 2013 • 92 min
Updates, announcements, survival tips and Winterizing your survival needs. Hosted by Daniel W. Shrigley AKA America's Survival Son. Dan is a 18 year military service veteran and has over 30 years of experience in the great outdoors.
Share
Mark as Played