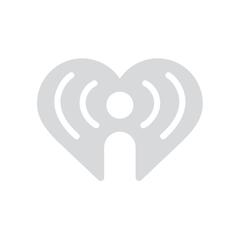 Talkback with Chuck Wilder on CRN

Chuck Wilder continues in the tradition of the Late George Putnam with his daily "Talkback" show while offering unique guests and direct commentary. Monday thru Friday 12 N - 2 PM PT at CRNtalk.com... Show More


Robert Romano is the Vice President of Public Policy of Americans for Limited Government. (http://dailytorch.com)    "Impeachment takes center stage as the circus comes to town"

Kelleigh Nelson has been researching the Christian right and their connections to the left, the new age, and cults since 1975. Formerly an executive producer for three different national radio talk show hosts,. Born and raised in Chicago, Illinois, she was a Goldwater girl with high school classmate, Hillary Rodham, in Park Ridge, Illinois. Kelleigh is well acquainted with Chicago politics and was working in downtown Chicago during the Democratic convention riots. She writes for News with Views. Com. "SIDNEY POWELL FILES MOTION WITHDRAWING
GENERAL FLYNN’S GUILTY PLEA"
https://mikeflynndefensefund.org/.


Replay of shows can be found at http://talkbackwithchuckwilder.blogspot.com/
Catch the daily replay’s:(PST) at 8 PM on CRN 4 ,and at Midnight on CRN 1
Live Feed via phone now available at 1 605 477 4256
Get your free App for CRN ,on your smart phone # 250 mention "CRN TALK"
My email is CHUCKWILDERSHOW@AOL.COM
facebook.com/TalkbackwithChuckWilder
How to access Talkback with Chuck Wilder on CRN digital talk radio:
1. Open link crntalk.com
2. Place cursor on LISTEN at top of screen -
click CRN RADIO from dropdown menu ** CRN 1
3. Click Talkback with Chuck Wilder

Chat About Talkback with Chuck Wilder on CRN