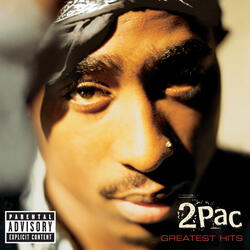 [Dominique] Street Science, you're on the air
What do you feel when you hear a record like Tupac's new one?
I love Tupac's new record

Right, but don't you feel like that creates
A tension between East and West?
He's talking about killing people
I had sex with your wife and not in those words
But he's talking about I want to see you deceased

No doubt, to live and die in LA
California, what you say about Los Angeles
Still the only place for me that never rains in the sun
And everybody got love

To live and die in LA, where everyday we try to fatten our pockets
Us niggas hustle for the cash so it's hard to knock it
Everybody got they own thing, currency chasing
Worldwide through the hard times, warrior faces
Shed tears as we bury niggas close to heart
What was a friend now a ghost in the dark, cold hearted bout it
Nigga got smoked by a fiend, trying to floss on him
Blind to a broken man's dream, a hard lesson
Court cases keep me guessing, plea bargain
Ain't an option now, so I'm stressin', cost me more
To be free than a life in the pen
Making money off of cuss words, writing again
Learn how to think ahead, so I fight with my pen
Late night down Sunset liking the scene
What's the worst they could do to a nigga got me lost in hell
To live and die in LA on bail, my angel sing

[Chorus: x2]
To live and die in LA, it's the place to be
You've got to be there to know it, what everybody want to see

It's the, City of Angels and constant danger
South Central LA, can't get no stranger
Full of drama like a soap opera, on the curb
Watching the ghetto bird helicopters, I observe
So many niggas getting three strikes, tossed in jail
I swear the pen the right across from hell, I can't cry
'Cause it's on now, I'm just a nigga on his own now
Living life Thug style, so I can't smile
Writing to my peoples when they ask for pictures
Thinking Cali just fun and bitches,
Better learn about the dress code, be 's and see's
All them other niggas copycats, these is G's
I love Cali like I love woman
'Cause every nigga in LA got a little bit of Thug in him
We might fight with each other, but I promise you this
We'll burn this bitch down, get us pissed
To live and die in LA
(Let my angel sing)

'Cause would it be LA without Mexicans?
Black love brown pride and the sets again
Pete Wilson trying to see us all broke, I'm on some bullshit
Out for everything they owe, remember K-DAY
Weekends, Crenshaw, M-L-K
Automatics rang free, niggas lost they way
Gang signs being showed, nigga love your hood
But recognize and it's all good, where the weed at?
Niggas gettin' shermed out
Snoop Dogg in this motherfucker perved out, M.O.B.
Big Suge in the Low-Low, bounce and turn
Dogg Pound in the Lex, wit a ounce to burn
Got them Watts niggas with me, O-F-T-B
They got some hash took the stash left the rest for me
Neck bone, Tre, Head Ron, Punchy too
Big Rock got knocked, but this one's for you
I hit the studio and drop a jewel, hoping it pay
Getting high watching time fly, to live and die in LA
(Let my angel sing)

This go out for 92.3, and 106
All the radio stations that be bumping my shit
Making my shit sells quadruple quitraple platinum,
This go out to all the magazines that supported me
All the real motherfuckers
All the stores, the mom and pop spots
A&R people, all y'all motherfuckers
LA, California Love part motherfucking Two
Without gay ass Dre