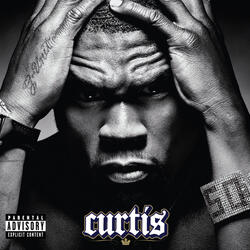 I run the show now, I got the blow now
You wanna hold now? You can come cop
I'm on the low now, I got the fo' pound
Encase a mother fucker got to get shot
The only time is coming, slow down
See they know now, I wont hesitate to make shit hot
D's will shut your block down, after your shot down
We gonna come through and set up shop
You niggas gone work for me now, you gone see now
How I change shit, re-arrange shit
See for you dog, this is new shit
I'm from Southside, nigga we do this
They say I'm grimey, its hard to find me
When sun lighten up the sky
Niggas wanna line me, try and kill me
Go 'head nigga I dare you to try, fuck that nigga!

I'm 'bout my bread now, I'll cut your head now
You know you eatin' niggas you should be dead now
I hold a glock down, I gotta drop now

Nigga I'm eatin' you know I ain't gone stop now
One more trip, one more flip
I move a truckload nigga, not one brick
They make me so sick, fuckin' sick to my stomach
You nigga talk shit, but they know that I want it
My clicks so sick, niggas know how we on it
Light up more shit, the car there when we on it
I spit a gem star get'cha name carved into neck
Have my lil' homies run up on yo' ass with the tek
Yeah I stunt in the 'vette , got stash in the bank
I get head in the whip, I get ass on the jet
I'm oh so fresh, so I'm mothafuckin' clean
With a 4 inch gleam, when I pull up on the scene

Been smokin' that dip, the P.C.P. got 'em thinkin' they can walk on water
That ecstasy will have a nigga rock hard tryna fuck your daughter
The L.S.D. will have niggas runnin' round tryna kill you for us
Smokin' that piff, sippin' that yak, talkin' that shit, loadin' that strap