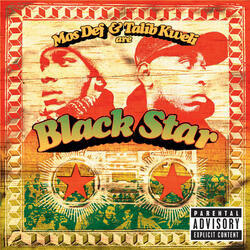 To me, it's a Small Wonder, like Vicki, why I'm picky
These niggas suck like hickies
And still get the shit they slip in like Mickies
I'm sick of the hater-players, bring on the regulators
With the flavors like a farm team fucking with the majors
Like a river how I run through it, I do it so cold
Freezing up your bodily fluids, your style is old
You running your mouth, but don't really know what you be talking about
You should retire, get that complimentary watch, be out!
Yo, with the quickness, so swift you miss this lyrical fitness
Now get this, these emcees want to test me like litmus, bear witness
I'm like shot clocks, interstate cops, and blood clots
My point is, your flow can stop!
By all means, you need more practice, take that ass home
Everybody looking at you, fish tanks and drome
In full effect, I stay catching lyrical rep
And keep it blacker than the back of your neck
What you expect, that shit's hollering
Cause we developing the following
Getting played like "stones" off tapes and "dollar vans"
I'll reverse you, universal, your demise is first
Before your rise gets worse
You need a night nurse like Gregory, begging me
Stop it hurts, what you say to me?
Like that's supposed to mean something
You don't want to scene, fronting in the club
Your acting, I don't buy it, I got the Dub
Come on everybody, come on and show your love [Repeat: x4]

[Mos Def]
Visions occupy my synaptic's space
Command and shake, to illustrate my mind's landscape
The tall grass, the low plains, the mountanous ridges
Thickets among the forests, rivers beneath the bridges
Presence of hilltops, lit up with tree tops
Eavesdrop; and hear the incline of sunshine, nine
Stones in orbit, refuse to forfeit
They all form a cipher, and they came to observe it
I follow suit, and face it, embrace it
Shining bright, but still I'm careful not to waste it
Destined to rise, because I'm basement adjacent
Spirit is still so just chill and be patient
Some heads approach like I'm the one to base with
Clowns about, screaming but don't say shit
I ain't your student so I ain't to be tested
I'm majestic, I represent my strength without "Epitmass"
Method is unorthodox, but of course it rocks
My serious synopsis will drop kick, my topics
Run the gauntlets and galvanize the audience
I must represent, I don't come off with no corniness
I'm all luminary, despite commentary
Some people say, Mos how you get so?
My sign will make you jump around like calypso
And murmur to yourself like a schizo
There ain't no bottom on the ?

We got all markets on lock
From meat to stock
Blackstar, what? throwing like head rock in bars
Men flock to where we are, cause its the place to be
Grab my paint, jump on stage and deface emcees
We sell our souls like Spawn and come for the drone I sit upon
Freestyle or written songs so we can get it on!
Going back and forth, falling back, all across the track
Passing the mic's like quarterbacks
Of course its phat, get off of that!
Reverse psychology got em scared to say when shit is whack
Got fear of being called a hater, imagine that! We ain't having that
We just passed the star status that your grabbing at
My battle raps blast your ass back to your natural habitat
So floss, cause what it costs ain't worth it to me
Cause I'm the one these Spice Girl emcees want to Be
But they can't, ain't no points forever, so why bother?
Cause your girl calls my name out like Clearance Carter, Clearance
Carter, Clarence Carter! (I be stroking, that's what I be doing)
Hey yo, as we rock harder
And always drop the bonified head nodders
Hey yo, later for the hater-players
Yo-yo, yo-yo, later for these hater-players