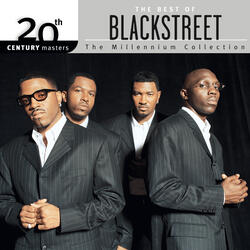 It's going down Fade to Blackstreet
The homies got at me, collab creations, bump like acne
No doubt - I put it down, never slouch
As long as my credit can vouch
A dog couldn't catch me staying out
Tell me who could stop when Dre makin' moves
Attracting honies like a magnet
Giving em eargasms with my mellow accent
Still moving his flavor
With the homies Blackstreet and Teddy
The original rump shakers

Shorty get down, good Lord
Baby got em up open all over town
Strictly biz, she don't play around
Cover much grounds, got game by the pound
Getting paid is her forte'
Each and every day, true player way
I can't get her out of my mind
I think about the girl all the time

East side to the west side
Pushin' phat rides, it's no surprise
She got tricks in the stash
Stacking up the cash
Fast when it comes to the gas
By no means average
She's on when she's got to have it
Baby, you're a Perfect Ten, I want to get in
Can I get down so I can win

Verse Three: Blackstreet
She's got class and style
Street knowledge, by the pound
Baby never act wild
Very low key on the profile
Catching feelings is a no
Let me tell you how it goes
Herb's the word, spin's the verb
Lovers it curves so freak what you heard

Rolling with the phatness
You don't even know what the half is
You gotta pay to play
Just for shorty, bang-bang, to look your way
I like the way you work it
Trumped tight, all day, every day
You're blowing my mind, maybe in time
Baby, I can get you in my ride

'Cause that's my peeps and we rolls deep
Flying first class from New York City to Blackstreet
What you know about me, not a motherfucking thing
Cartier wooded frames sported by my shorty
As for me, icy gleaming pinky diamond ring
We be's the baddest clique upon this scene
Ain't you getting bored with these fake ass broads
I shows and proves, no doubt, I be diggin you, so
Please excuse, if I come across rude
That's just me and that's how the playettes got to be
Stay kicking game with a capital G
Ask the peoples on my block, I'm as real as can be
Word is bond, faking moves never been my thing
So Teddy, pass the word to your nigga Chauncey
I'll be sending a car, let's say around 3:30
Queen Pen and Blackstreet, it's no diggity

Chat About No Diggity by Blackstreet