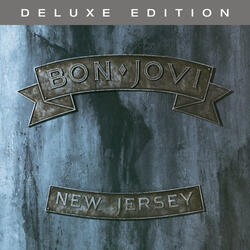 I feel I'm burning up with fever
The fire's feeling really good tonight
But it's all right
'cause I'm gonna see Sahara Jack and Suntan Sally
Somebody tells me even Tommy's coming down
Tonight, If Gina says it's all right

I'm gonna see those senoritas lying under the sun
Yeah they're greasing it up with their stereos on
You know I want to be their blanket, gonna tell every girl
Hey baby you're the one

[Chorus:]
Whoa, tell the boys I'm on my way
I got the radio blasting in my old man's Chevrolet
I got a party in my pocket,
And you know I just got paid
And I'm feeling fine, it's 99 in the shade.

When the sun goes down, that's when the street heats up
Senorita, margarita, fills your empty cup tonight
She makes me feel so right
A good time here doesn't cost much money
Just a little sweet talking, let the pretties in the party
And you're set for life
Or one hell of a night

I got the radio cranked in my old man's Chevrolet

Chat About 99 In The Shade by Bon Jovi