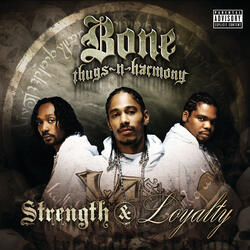 First, let me explain that I'm just a black man
And I come from the dark side, so I'm havin' a hard time stayin' on track, man
My mind be racin', and I don't even know what I'm chasin' yet
Been in and out of relationships
I'm startin' to see that it's me where the complications at
But I'm layin' back, prayin' that you get that piece of mind of me
I thought I was right, but really I'm wrong, but again I was too blind to see
I was in the fast lane chasin' my dream
And then it seemed when the fame and cash came, they just got me
Goin' crazy (lately, lately) lately I been so faded trying to erase it
But I just can't 'cause the drama just grows greater
And I been in so many collisions by puttin' shit off till later

It's like I'm takin' five steps forward, and ten steps back
Tryin' to get ahead of the game but I can't seem to get it on track
And I keep runnin' away the ones that say they love me the most
How could I create the distance when it's supposed to be close? And uh,
I just don't know, but I be out here fightin' demons, and
It's like the curse that I can't shake this part of Cleveland, and
Lord, would you help me, and stop this pain?
I keep inflictin' on my family (family)
Hustlin' and gamblin', drinkin' and scramblin'
And losin' sight of what I supposed to be handlin'
It's hard to manage 'cause every day's a challenge and, man
And I'm slippin'; can't lose my balance, and tryin' not to panic

I see things won't change (won't change) I'm stuck in the game
As soon as I get out, it keeps pullin' me back, man (pullin' me back, man)
Got me doin' dirty dirt; so used to this hustlin' money
That I don't understand no nine to five work
Studied on the streets; hustlas know what I mean
Thugstas ballin' before us; I'm tryin' to make that major league
So we never leave, never till the sun came up (came up)
Gotta get it, nope, no leavin', no grudge (no grudge)
Today games they play, gotta go hard to get what you put in
If you fall off, then it's all on you (on you)
Gotta watch what you sign too; try so hard, but I won't act a fool