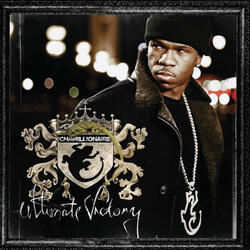 Officer, I didn't do it; you can't blame me for this
Could you please loosen up the handcuffs on my wrists?
You can call me what you wanna, man, but I ain't a snitch
No cooperation is exactly what you would get
Till I talk to my lawyer, you get no reply
(You've obviously been watching too much CSI
I'm not a crash dummy so don't even try
To talk your dirty trash to me, no BFI
If you are not guilty of anything, then why did you run?)
'Cause you the police, and, plus, I saw you cocking your gun
And the chamber wasn't empty; it was obviously one
(If you think I'm believing that one, you're obviously dumb)
Huh? (I know that you heard the sirens, you dived in
To the vehicle you was driving and ridin' in
Instead you shouldn't be whining, but abidin' by the law
Nah, it's obvious you're lying)

(Stop lying to me, boy; it'd be best you confess
I can smell the BS on the scent of your breath
Saw the meth while I was inspecting your deck
Saw that you was ridin' dirty when I looked at the rest
Who is this guy Busta? Who is this guy Snoop?
Who is his other friend who's wearing the sky blue?
Look at this pic here, he standing beside you
Tell me his name now, I heard he was Piru
Confiscated the CD's at one of your homes
For evidence ever since we heard some of your songs
What about this Pimp guy? He was on one of your songs
I coulda sworn he said he had a pocket full of stones
Am I wrong?) Hell yeah, I don't know who that is
I don't know no Pimp C, all I know is I'm rich
And I'm a bond like James, bet I be out here quick
Man... (You ain't getting out of here, you must think that you're slick
In the car we confiscated the chronic and the clips
Diary that you had and all your blueprints
On the Death Row booklet, we found your two prints
Your thumb and your index - the judge will love this)

(And you can see you're screwed as the evidence pours in
The witness to the crime was at three in the morning
Gave us a description so we picked up your boy and
You'll get a lighter sentence if you put the crime on him)
A big celebrity, a case we long for
You a pirate, why you got that eye patch on for?
Funny (Puttin' people in a hearse what I heard for
Where were you the night of April twenty-first, son?)
Home (I think that you got your facts wrong, gat's on you
Chamillionaire robbed, shot couple cats on Melview)
What? (We gonna have to jail you, too
In the line-up, don't speak until we tell you to
This the person who jimmed your lock, sir?)
Well, he's dark, kinda looked like him, I'm not sure
Failing to nail 'cause assailant's another
Leave, I see an unmarked tailing a brother
Hit the Bodega, not no more game
This chick used to be all nice, acting all strange
Like she was gonna get it, pathetic
Assailant caught, now they all apologetic