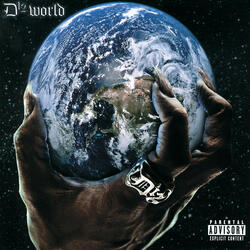 [Chorus]
How come we don't even talk no more
And you don't even call no more
We don't barely keep in touch at all
And I don't even feel the same love when we hug no more
And I heard it through the grape vine we even beefin now
After all the years we been down
Ain't no way no how, this bullshit can be true
We family and ain't a damn thing changed, unless it's you

So young, so full of life in vibrant side by side wherever you weres ridin I went
So close, almost on some Bonnie and Clyde shit
When ronnie died you were right by my side with a sholder to cry on
Tissue to wipe my eyes, and a bucket to catch every tear I cried inside it

You even had the same type of childhood I did
Sometimes I just want to know why is it that you surcame to yours
And mine I survived it, you ran the streets, I 9 to 5'd it
We grew up, grew apart, as time went by us, then I blew up

To both yours and mine surprises
Now I feel the vibe I just can't describe it
As much as your pride tries to hide it
Your cold, you touch its like ice

In your eyes is the look of resenment
I can sense it, and I don't like it

Some bitch that I wasn't with I would hit her then quit
But you would pull a talk with her and tell her she was the shit
I told you don't get involved in it, you was smokin the chron with her
Comin out of the bar with her stumblin half drunk

And ever since the fans and all the shit that I produced
You actin' like I ain't you man and lyin like she can't be loose
But I am really you friend, I'm jus trying to tell you the truth
But don't hate the game or the player
'Cause the one that is changing is you

(How come) when you talk its with bitter is fight
And (how come) it's my fault for what you did with your life
And everytime I go to hear you and play you look away
We barely embrace, you can't even look me in my face.