Don't Ask Me About A Woman 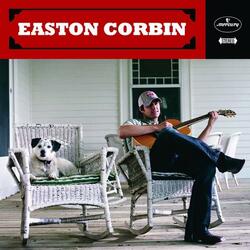 I was sittin' with him on his front porch swing
Soaking up wisdom and Grandma's sweet tea
Listening to his stories, man, he'd done it all
His tour in the Army and his wilder days
Raising my daddy and bailing his hay
He cut off a twist of tobacco, stuck it in his jaw
Cocked back his hat with a sideways grin and
Gave me that ole wink
He said, I can tell you something 'bout most anything

He said, boy I've lived nearly eighty years
There's a lot of know how, between these ears
But when it comes to your grandma
I'm still your age
It took me a long, long time to learn
Loving a woman is full of left turns
The more they change, the more they stay the same
Son, it's been that way since the beginning of time
We're behind the wheel but just along for the ride

Fast forward ten years it's Saturday night
She's changed three times, says her hair ain't right
My mind reels back to the time and place
When I heard my grandpa say