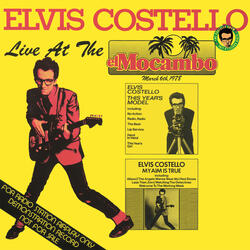 Calling Mr. Oswald with the swastika tattoo
There is a vacancy waiting in the English voodoo
Carving "V" for "vandal" on the guilty boy's head
When he's had enough of that, maybe you'll take him to bed
To teach him he's alive before he wishes he was dead

[Chorus:]
Turn up the TV, no one listening will suspect
Even your mother won't detect it, so your father won't know
They think that I've got no respect but
Everything is less than zero
Hey, oo hey-ey
Hey, oo hey-ey

Oswald and his sister are doing it again
They've got the finest home movies that you have ever seen
They've got a thousand variations, every service with a smile
They're gonna take a little break and they'll be back after a while
Well, I hear that South America is coming into style

A pistol was still smoking, a man lay on the floor
Mr. Oswald said he had an understanding with the law
He said he heard about a couple living in the USA
He said they traded in their baby for a Chevrolet
Let's talk about the future, now we've put the past away